Aurora surfing challenge, one of the famous tourist attractions 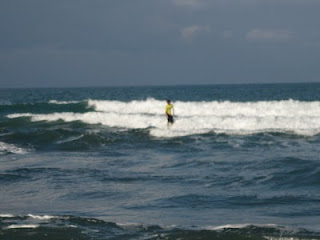 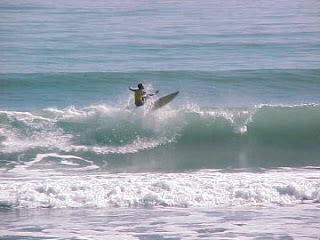 “Surfing in the province is one of the famous growing interactive attraction sports especially every month of February as the province is celebrating now its 32nd Foundation Anniversary,” the duo said, adding that the province of Aurora plays host to the Aurora Surfing Cup.
Every year the competition has established a steady following of local and international surfing enthusiasts with the combined efforts of Senator Edgardo J. Angara, Congressman Juan Edgardo Angara, Governor Bellaflor Angara-Castillo, Aurora Provincial Tourism Officer chief Michael Palispis and Baler Mayor Arthur J. Angara who are natives of this town. 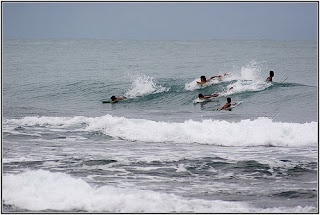 The surfers in the country and other parts of the world visited this small town in the pacific region to join the said events at Sitio Labasin beach as the center of the sports and other parts in Aurora which boast of internationally recognized surf sites like Cemento Beach (reef break), Charlie’s point (river mouth break), sabang beach (beach break) and other surfing destinations in the province where the best waves in these areas come around October to March. 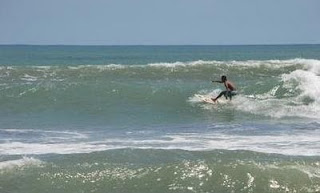 “The ASRAI and participants go early in the morning to feel the surfing vibes that is why there is no exact time for the contest looking for the mood of the waves, however, surfer contestants meet each other before sunrise,” they said.
There are five (5) judges who score for each contestant giving the surfers the time to show their best performance riding the surf board to the shores within twenty (20) minutes, exhibiting their movements maneuver, round house, cut back, snap back, up the lift, floater, tube (inside the wave), areal, 360’s or rounding, finishing kick-out and others in connection with the sports while the sports tabulator will record the score of the judge. 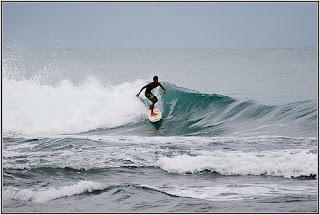 Mr. Adel Valenzuela, ASRAI tabulator said that the judging criteria must be performed in a radical controlled maneuvers in the most critical sections of the wave with power, speed and flow to maximize potential, adding that innovative and progressive surfing as well as a variety repertoire (maneuvers) will be taken into consideration when rewarding points for waves ridden while the surfers who execute the criteria with maximum degree of difficulty and commitment on the better waves shall be rewarded with the higher scores. 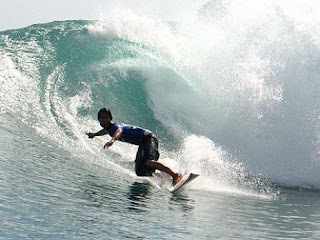 Meanwhile, Aurora Provincial Tourism Chief Michael Palispis explained that the other surfing areas in the province like Charlie’s Point is very ideal for surfing, with medium quality right-hand-and-left-break waves on a sand-and-gravel bottom where the waves are best in December and January. The surf scenes from the movie “Apocalypse Now” was filmed here.
Palispis added that the Cobra Reef in Sitio Cemento, Brgy. Zabali is the area which produces excellent right hand-break over shallow reefs. It is the spot most frequented by professional and advanced surfers, particularly Europeans, and Asian surfers. This is where the finals of the ASC is held regularly. 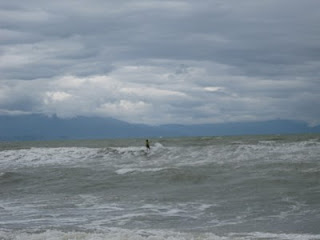 “Dicasalarin Beach is a place of multiple attractions, this natural cove boasts of a kilometer-long white sand beach. On the left side is a steep imposing hill while on the right side is a peninsula and a cave. The area produces medium size waves during monsoon swell,” Palispis said.
“The Sabang Beach where the surfing events take place is on this long stretch of gray sand beach is the surfers haven known as Sabang beach break,” he said, adding that from March to June, the waves are relatively small and is ideal for beginning surfers, but from October to March, the monsoon wind brings in large waves that will challenge even seasoned surfers.
Palispis furthered that the most popular surfing point is found right in front of the Baywatch tower. It is where beginners and local surfers practice and enhance their skills. Other interesting spots are Lindy’s point, found further north along Sabang beach and secret spot at the mouth of Castillo River. 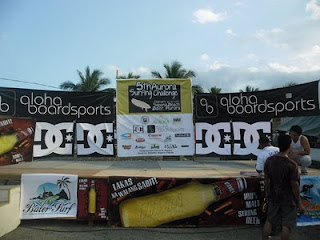 He also mentioned that San Ildefonso Peninsula in Casiguran where the Aurora ecozone is located is considered as the most powerful left hand-break in the province where the best waves come from March to June (Summer) when most of the other surfing destinations in the country are relatively flat.
Earlier, Department of Tourism (DOT) Secretary Alberto Lim declared Aurora as the priority province in the country to be promoted overseas because of the beautiful beaches and surfing while the prestigious GMA7 twitter account survey result showed that the province is number  six (6) in the most visited places in the Philippines. 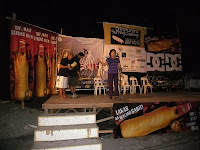 DOT recorded that in 2009, there were 54,886 tourists who visited the province and last year, there were 68,395 tourists like Americans, balikbayans, Australian surfers, Japanese, Koreans, Chinese, Brazilians, Great Britain, Canadians and other parts of the world who witnessed the beauty of the province. (Jason de Asis)
Posted by Unknown at Saturday, February 12, 2011 No comments: