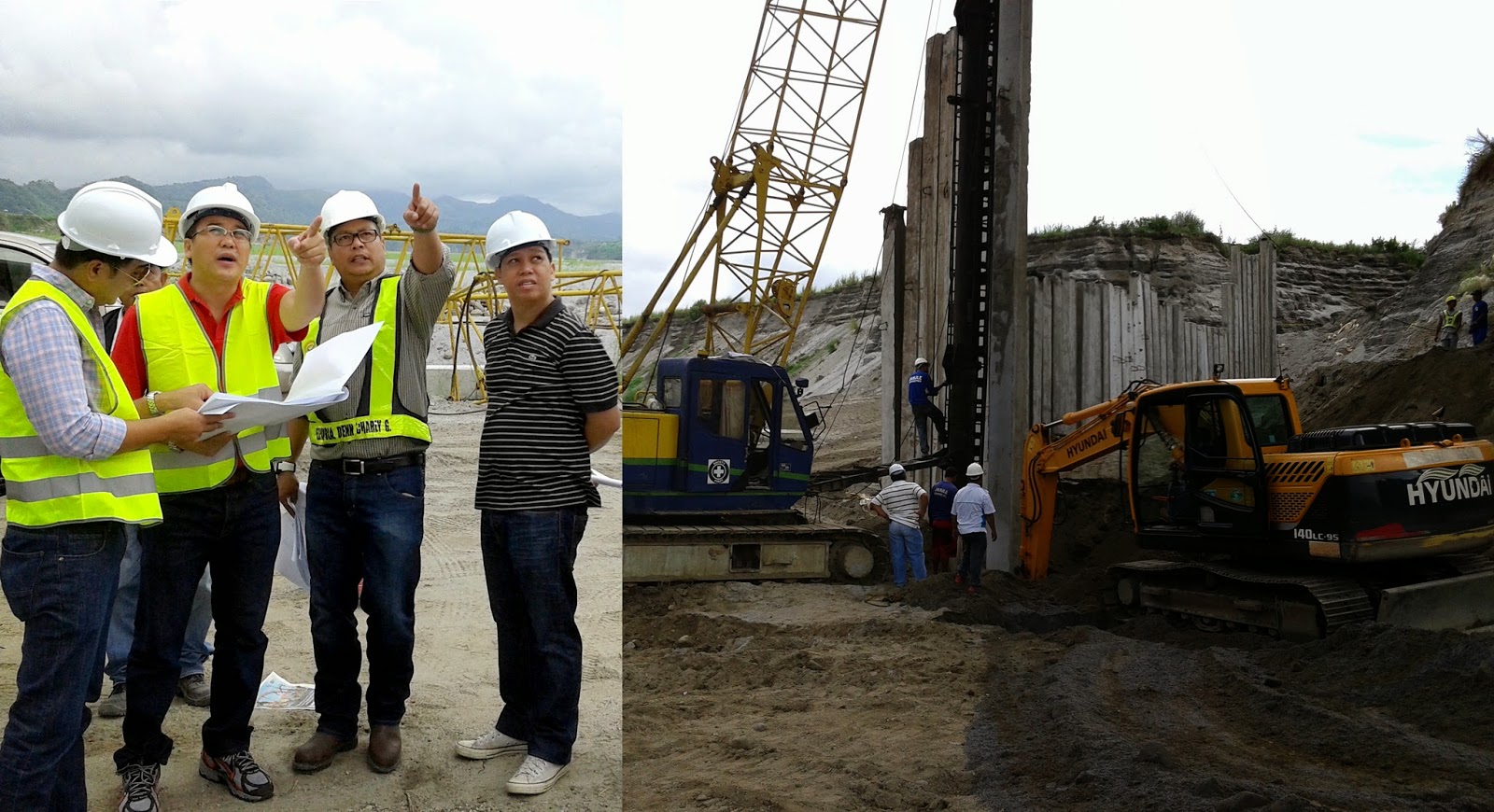 SAN FERNANDO CITY, Pampanga-State-owned Bases Conversion and Development Authority (BCDA) is currently implementing six infrastructure projects worth P207.18 million that is expected to give motorists speedy, comfortable, and convenient travel while plying the 94-km Subic-Clark-Tarlac Expressway (SCTEX).
These are the P71.62 million Long-Term Permanent Works at Pasig-Potrero Bridge, P18.96 million Protection Works at Gumain Bridge’s Pier Nos. 5 & 6, P7.13 million Construction Management and Supervision of the Long-Term Permanent Works at Pasig-Potrero Bridge, P68.48 million Heavy Maintenance Works– Asphalt Pavement Resurfacing, P12.43 million Heavy Maintenance Works– Bridge Revetment, Slope and Drainage Repair Works, and Fortification Works of the Pasig-Potero Bridge.
BCDA President and Chief Executive Officer Arnel Paciano Casanova said five of the six projects are still in their early stages of implementation.
He noted that the P28.56 million fortification works of the SCTEX Pasig-Potero Bridge is on track and will be completed by the end of the July, just in time for the torrential rains that usually come during the months of August to October.
“We are on track in completing the fortification works by the end of July so that when the strong rains come, the structural integrity of the Pasig-Potero Bridge and the temporary Bailey Bridge will not be compromised and ensure the safe travel of the motorists plying the SCTEX,” Casanova said.
Casanova said the fortification works, which is part of the long-term permanent repair works, involves the installation of concrete sheet piles around the damaged abutment of the Pasig-Potero Bridge.
An abutment refers to the substructure at the end of a bridge span wherein the bridge’s superstructure rests.
He explained that the installation of concrete sheet piles would secure the eroded slope of the bridge abutment as well as its exposed bored piles from further scouring by strong current of floodwaters during the rainy season.
It will be recalled that last year, the strong river current initiated by the heavy downpour during the height of Tropical Storm Maring set off a massive erosion of up to 10 hectares of land from the banks of the Pasig-Potrero river that caused the damage to a segment of the toll road that serves as an approach to the Pasig-Potrero Bridge. (BCDA)
Posted by Unknown at Tuesday, July 22, 2014 No comments:

He added that the 75-hectare complex serves as a concrete example of the exceptional unity manifested by the group throughout the years.

The INC is known as a close-knit religious organization, whose congregation leaders visit their members and actively encourage them to participate in various church activities and other community services.

“Pero batid nating itinayo ang strukturang ito, hindi para makipagpaligsahan. Ipinagawa ito para sa banal at dakilang layuning noon pa man ay pinangarap na ni Ka Eraño Manalo- ang magtaguyod ng espasyo upang maglingkod at ibahagi ang biyaya ng Panginoon sa lokal at pandaigdigang komunidad (But we understand that this structure was built not to compete. It was built for the holy and great cause, which was the dream of Bro. Eraño Manalo- to have a space to serve and share the blessings of God to the local and global community),” Aquino stressed, referring to the late executive minister of INC.

Philippine Arena, whose construction cost over $200 million, was constructed to withstand strong earthquakes and super typhoons.

The design was inspired by the narra and banyan trees and has a dome spanning over 3.6 hectares.

It stands with two other massive structures- the 20,000-seater Philippine Stadium and Philippine Sports Center.

Apart from these, others to be built within the area soon include the Eraño G. Manalo Medical Center and New Era Sports Academy of New Era University.

The development of Ciudad de Victoria is in line with the group’s centennial celebration this year.

Established on July 27, 1914, membership of the INC presently span over 100 countries in all six inhabited continents.
Posted by Unknown at Tuesday, July 22, 2014 No comments:

–Neophyte Mayor Adrianne Mae Cuevas has called on the military leadership to consult the city government on the plan to transfer the New Bilibid Prisons from to the Military Reservation in the province.

Cuevas told newsmen that the Army’s 7th Infantry (Kaugnay) Division has set for Wednesday the public hearing on the proposed transfer of the NBP but they have not been invited to the said consultations.

“They need to consult us Palayenos on the planned transfer. In the first place, people from other places who will travel to the proposed NBP site in Laur will pass our place. So our voices will have to be heard,” she said.

Earlier, Armed Forces of the chief of staff Ge. Gregorio Pio Catapang Jr. said President Aquino wants to have the NBP transferred inside the Military Reservation (FMMR) by 2014.

Catapang said the Chief Executive wants a modern national penitentiary, reportedly worth P40 billion, to be included in his accomplishment report for 2014.

Cuevas said that personally, she is not opposed to the project but would want that a thorough consultation with people in the impact areas should be included in the public hearing.

“My only concern is the welfare of my constituents,” she stressed.

She said that in the past months, there have been certain moves made by the 7th ID leadership which have not been coordinated with the city government.          “Sometimes, we learn of it from the national offices instead of the 7th ID so we need to be notified because it falls within our jurisdiction,” she said.

Cuevas explained that consultations with local government units (LGUs) are provided for in the Local Government Code, more specifically Sections 2 and 7.

Section 2, she said, provides that “all national agencies and offices are mandated to conduct periodic consultations with appropriate LGUs non government organizations and people’s organizations before any project or program is implemented in their respective jurisdictions.”

On the other hand, Section 7 states that “no project or program shall be implemented by government authorities unless the consultation mentioned in preceding sections are complied with the prior approval of concerned city council is obtained.”

It was also in this reservation where the elder Aquino and his fellow former senator Jose Diokno were placed under solitary confinement for one month during the Martial Law years.

The transfer is now being worked out in coordination with other government offices such as the Department of Justice and the Bureau of Corrections (BuCor) and is being eyed as Public Private Partnership Project of the Aquino administration.

Last May, DOJ Undersecretary Francisco Baraan, its supervising official on the BuCor and the NBP, said the new facility being eyed is a modern one that will follow international standards and will cost P40 billion.

Baraan said the 551-hectare NBP in Muntinlupa , which opened in 1940, is now heavily congested as it houses 14,500 prisoners in its maximum security detention area alone although it was programmed to accommodate only 8,400 inmates. All in all, the NBP houses around 20,000 inmates. – Manny Galvez
Posted by Unknown at Tuesday, July 22, 2014 No comments: