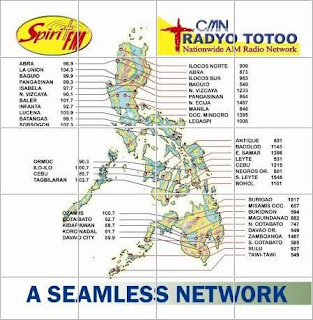 DINALUNGAN, Aurora, October 15, 2011-A Filipino company has started construction of a P150-million biomass gasification power plant in this town which is projected to provide 24-hour rural electrification to around 250 households.

Eco Market Solutions, which has investments in agro-industrial processing and in information technology, is now building the power plant at an eight-hectare site in Barangay Dibaraybay. Commissioning of the plant is expected to start in two months.
Gao Pronove, EMS president said that the power plant, which will have a maximum power-generating capacity of up to two megawatts, will provide scalable and green power on a 24-hour basis.  He said that at present, residents of this town only get four hours of electricity a day at the most.
Pronove said they are using Indian technology in building the biomass plant which will utilize rice hull, coconut husks, “palapa” (coco fronds) and branches as fuel. He said these agricultural wastes used to be disposed of by local rice and coconut farmers, not knowing they may be used to run the plant.
Rice hull production in the country is estimated at 45.2 million tons a year and is mostly generated in the major rice-producing regions such as Cagayan Valley, Central Luzon (where Aurora is from), Southern Tagalog, and Western Visayas.
Coconut residues are abundant in Southern Tagalog, Eastern Visayas, Zamboanga Peninsula and in Davao.
Pronove said EMS is now buying up to P500,000 worth of coconut residual wastes like coconut husks and fronds for the project.
“We will gasify the agricultural waste and turn it into gas,” he explained, adding the plant will produce nitrogen, hydrogen, methane gas, carbon monoxide and carbon dioxide.
Pronove said EMS expects to install the power-generating equipment by next month and have a “soft opening” in November. “Then we will have full-blast operation in December,” he said.
He added that the plant is just a pilot project with an initial capacity of 250 kilowatts and when it becomes successful, EMS will increase its capacity to an additional 750 kilowatts for a total of 1,000 kilowatts in the whole of Dinalungan and expand its coverage areas by adding 500 kilowatts each in the nearby towns of Casiguran and Dilasag which gets electricity supply of only one hour a day.
EMS will also seek the approval of the Energy Regulatory Commission of a power service agreement between the firm and the Aurora Electric Cooperative (Aurelco) wherein excess power produced by the plant will be sold to Aurelco.
Pronove said his company ventured into green and renewable energy because the global green economy is growing and that EMS is on track to take full advantage of its fast growth. “There is now a global green economy. You need green power so you can have a green industry. That’s where the Philippines needs to position itself,” he added.
He said EMS technology  is 20 percent cleaner than power plants run by diesel engines and is relatively cheaper, more efficient and sustainable than the existing power supply in many non-grid areas in the Philippines.
Earlier, the Department of Energy bared plans to undertake an aggressive campaign to encourage more investments in the local biomass sector, as it expects only P32 billion worth of committed and indicative projects to come in over the next four years.
DOE documents showed that these biomass projects are expected to generate a marginal 276.7 megawatts between now and 2015, with the majority coming on stream in 2014.
In spite of the fact that the country generates substantial volumes of waste residues which can be used as fuel such as agricultural wastes, energy crops, forest residues and municipal and urban wastes, no other projects have been committed or indicated by investors over the medium and long-term.
The DOE noted that despite its potentials, biomass utilization in the country is mostly for non-power applications such as biofuels in the transport sector, fuel wood in the household and commercial sectors and waste residues in agro industries. (Jason de Asis)
Posted by Unknown at Saturday, October 15, 2011 No comments: