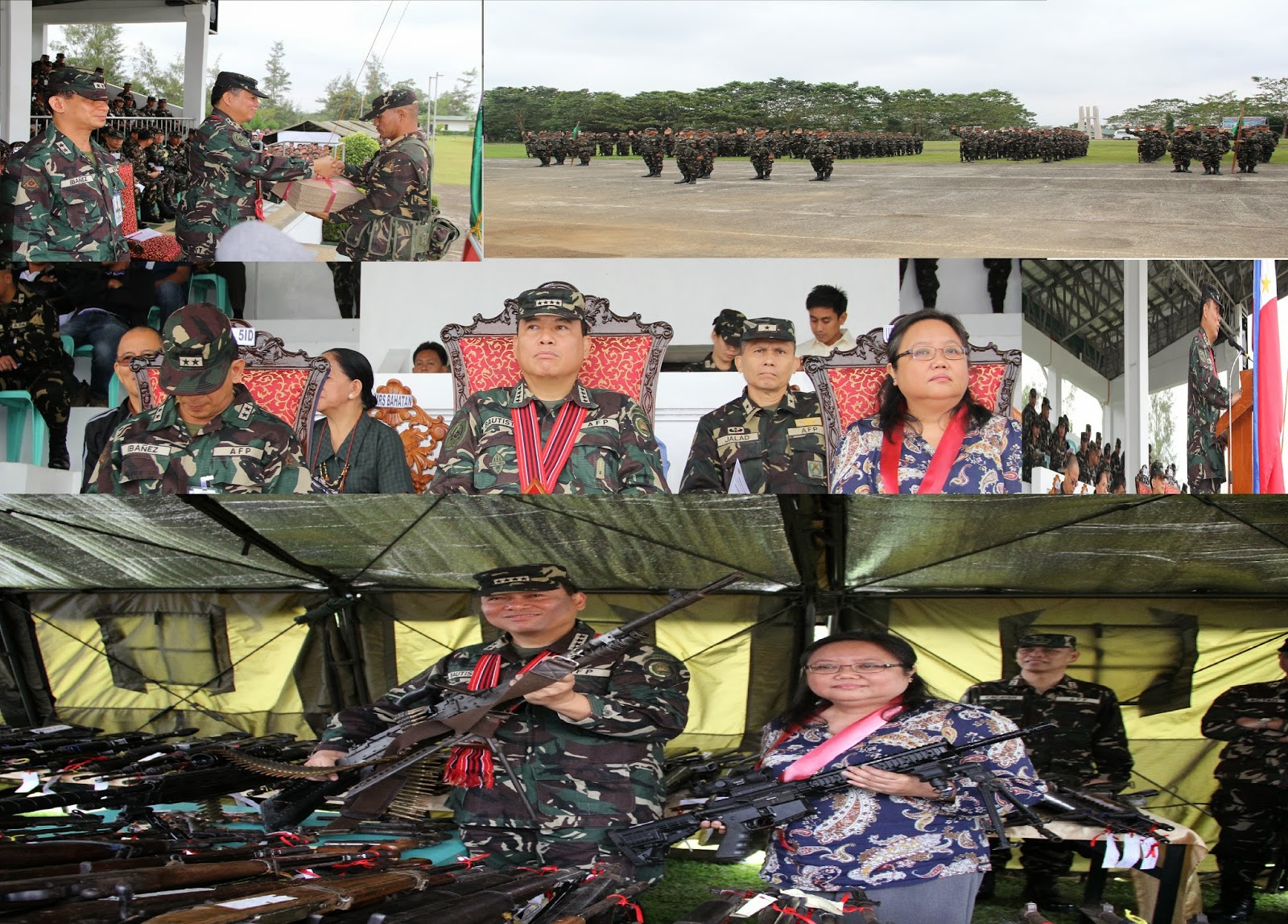 GAMU, Isabela–Today, the last batch of the CPLA integrees marches on their graduation ceremony  that signifies the closure of the integration component of the CPLA peace process. These one hundred fifty-eight (158) strong CPLA sons and daughters completed their training and had pledged allegiance to the AFP in service of the Filipino people. With the collaboration of the different government agencies- Office of the Presidential Adviser for Peace Process, AFP and PNP and with the support of all stakeholders in the government and civilian sectors, the Integration component of the peace process for the CPLA has finally come to an end.  The beneficiaries of the integration program surrendered 152 firearms of different calibers as part of the DDR process.

The peace process started when then President Corazon Aquino and FrCondradoBalweg, representing the Government of the Republic of the Philippines and the Cordillera Peoples Liberation Army, respectively, signed the peace agreementor the “Sipat”. Stalled for more than two decades, the “Sipat” has been experiencing rough processesfor about 27 years. However, today, through the over all supervision  of Sec Deles of OPAPP and the initiatives of  the AFP, specifically the 5ID, and with strong support from the PNP and other stakeholders, the integration component of the peace process finally ended. This yielded a  successful disarmament, demobilization and rehabilitation (DDR) process for the former members of the CPLA. For a period of less than a year, 403 firearms were already surrendered by our CPLA brothers to the 5th Infantry Division under the leadership of MGEN JOEL P IBANEZ. Moreover, since 2002, the AFP had already accepted a total of 668 integrees from CPLA, 448 of which were integrated only this year - a very important accomplishment for the Division in its efforts to finally close the integration process.

GEN EMMANUEL T BAUTISTA  AFP, the CSAFP, is the guest of honor and speaker during the final rites of the integration process. He encouraged the new soldiers to uphold the institution and help in attaining peace and unity in the Cordillera. Likewise, Atty. Maria Cleofe Gettie C Sandoval, the Undersecretary for Programs of OPAPP, one of the inspirational speakers,also gave the graduates some advises for peace, progress and prosperity.

As new soldiers of the Philippine Army, these graduates will serve as catalyst for change in order to sustain  peace in the Cordillera region. This will help the government insulate the cordilleran communities from groups that will threaten the peace and progress in the area. In this memorable ceremony witnessed by the CPLA elders, local officials and parents of the new soldiers, one parent could not hold her feelings and said, “I finally saw my son proudly marching in the tune of the cordilleran native song played by the 5ID Band, and I am speechless and overjoyed- I am now assured of a bright future for these young men and women- thank you 5 Infantry Division”.


Development and progress in the Cordillera will soon be realized if every Cordilleran learns to fight for the real cause – peace, progress and  prosperity. The 5th Infantry Division promised to sustain the gains of peace. This accomplishment will add another laurel to the “Daang Matuwid” of President Benigno Aquino-the realization of his peace program for the CPLA.
Posted by Unknown at Sunday, December 08, 2013 No comments:

TARLAC CITY-To be remembered, one shall act upon something worth remembering – a living legacy.
Five months after assuming his post as the new chief of the Northern Luzon Command (NOLCOM) of the Armed Forces of the Philippines, Lt. Gen. Gregorio Pio Catapang Jr. has put the unified command’s thrust in his top priorities.
Giving emphasis to NOLCOM’s adherence, Catapang has continuously strengthened its battle cry, “Kawal ay disiplinado. Bawal Abusado. Dapat asintado” to cement his term’s legacy.
This statement, noted Catapang, shall serve as a guide of the armed forces on how shall they behave, deliver and grow in the military profession.
“This guidance was disseminated down to our lower Air Force, Army, and Naval units. This simple, clear and concise statement has deeper meaning, which greatly affects the entire profession of men and women in uniform,” he said.
Anchored on the genuine purpose of military service, the conception of Disiplinado, Abusado and Asintado is significant in realizing NOLCOM’s mission and vision.
“Disiplinado” refers to traits and characters that must be depicted by the troops inside and outside the camp.
This means that a responsible military man and woman shall be disciplined, initiative-driven, service-oriented, intelligent, progressive, likeable, innovative, nature friendly, agile, dedicated and obedient.
Moreover, “Abusado” summarizes schemes on how the armed forces can effectively execute their functions during operations.
As instructed, they are to avoid indiscriminate firing, suppress enemy fires, identify priority targets, negate distraction and maintain focus, trade speed for accuracy, apply fire and maneuver, deliver maximum effect and ensure a “one shot-one casualty” action.
“Asintado”, on the other hand, pertains to wrongdoings armed forces shall stay away from.
These include being drunkards, womanizers and arrogant; use of prohibited drugs; and involvement in gambling, extrajudicial killings and human rights violations. (Lorie Gene C. Cruz)
Posted by Unknown at Sunday, December 08, 2013 No comments: