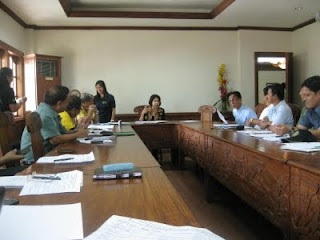 BALER, Aurora, May 6, 2011-In yesterday provincial task force Sagip Kalikasan meeting, Aurora Governor Bellaflor Angara-Castillo has ordered chief of police in Dingalan to dismiss in service PO3 Ricardo Cariǹo who was assigned in Dingalan checkpoint if proven guilty in the alleged near-escape of 1,488.9 board feet of illegally cut yakal and lawaan lumber loaded in an Isuzu XLT jeep intercepted by the Army and the Noble Blue Falcons International in Barangay Tanauan, Dingalan. 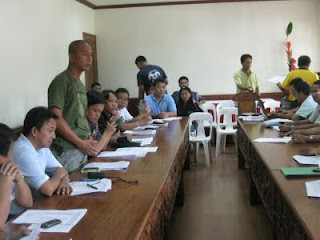 The said police was in a hot water for the alleged letting of a jeep loaded with contraband lumber escape from a provincial government-manned checkpoint here two weeks ago after Cristopher Usita of the NBFI reported that the police were actually there during the operation but Carino told the task force members to just let the jeep pass where the latter claimed that the vehicle only contained coconuts.
However, after sneaking through the task force checkpoint at barangay Caragsacan the noble blue falcons led by Ericson C. Dayson sought the help of the Army where the commanding officer of the 56th Infantry Batallion, Captain Noel Wamil immediately responded due to suspicion and arrested the driver of the jeep in Tanauan.
“That incident was shameful and reflected the police as coddlers of illegal loggers,” Angara-Castillo lamented, saying that the police should not be cowed in the illegal loggers. “Wala dapat tayong santuhin,” she added.
In her term, the governor wanted to twist the bad image of the police into respectable and refutable one; thus, she promised to reward policemen for good performance and even helping them to be promoted. 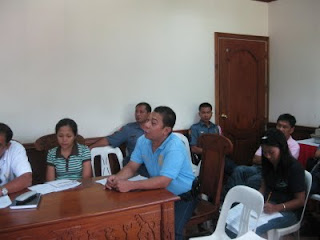 Relative to this, Inspector Erwin Fabroquez, Dingalan chief of police attested in front of the task force and Angara-Castillo that they will conduct meticulous investigation for the veracity of the report of the noble blue falcons, saying that the police will not tolerate such negligence in duty. (Jason de Asis)
Posted by Unknown at Thursday, May 05, 2011 15 comments: 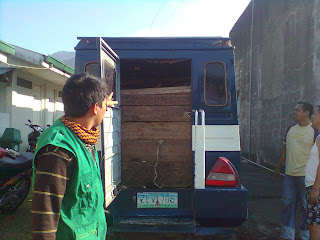 BALER, Aurora, May 6, 2011-A policeman from Dingalan town is in hot water for allegedly allowing a jeep loaded with contraband lumber escape from a provincial government-manned checkpoint here two weeks ago.
PO3 Ricardo Cariǹo of the Dingalan police is facing dismissal from the service for the near-escape of 1,488.9 board feet of illegally cut yakal and lawaan lumber loaded in an Isuzu XLT jeep intercepted by the Army and the Noble Blue Falcons International in Barangay Tanauan, Dingalan town. 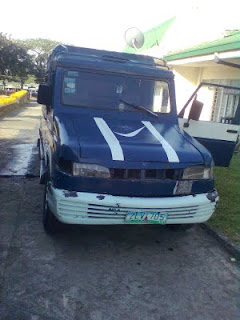 The contraband lumber, worth P147,908  were seized by the Army and NBFI operatives comprising the provincial task force “Sagip Kalikasan” against illegal logging, shortly after sneaking through the task force checkpoint at Barangay Caragsacan. The team was led by Army Captain Noel Wamil, commanding officer of the 56th Infantry Battalion’s Charlie Company and Ericson C. Dayson of the NBFI.
Professor Leonardo Usita, NBFI national president, said that the successful operation could be attributed to the intelligence information provided the task force by an advance reconnaissance team who cleared the area for the holding of a mountain trek by foreign and local mountaineers. 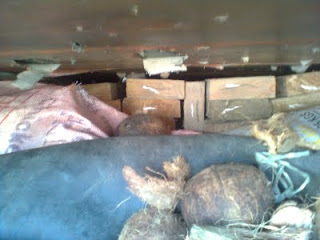 During a meeting of the task force at the Capitol here Thursday, Gov. Bellaflor Angara-Castillo deplored the continued absence of policemen manning the checkpoint which triggered incidents, such as the near-escape of the contraband lumber.
Cristopher Usita of the NBFI said the police were actually there during the operation but Carino reportedly told the task force members to just let the jeep pass, claiming the vehicle only contained coconuts.
Suspicious, the Army and the NBFI gave chase and caught up with the driver of the jeep in Tanauan.

Angara-Castillo described the incident as shameful because it depicted the police as coddling illegal loggers. “It’s downright embarassing isn’t it?” she asked. She directed Inspector Erwin Fabroquez, Dingalan police chief, to have Carino dismissed.
Angara-Castillo told policemen not to be cowed by illegal loggers. She promised to reward policemen for good performance by even having them promoted. 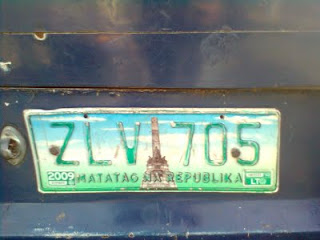 The governor also directed Raul Batang, community officer of the Department of Environment and Natural Resources in southern Aurora covering Dingalan and San Luis towns not to spare anyone in the anti-illegal logging campaign.
“Show them there are no sacred cows. Whether they are local officials or not, if they are involved, we’ll throw the hook at them,” she said. (Jason de Asis)
Posted by Unknown at Thursday, May 05, 2011 No comments:

BALER, Aurora, May 5, 2011-A 78-year-old man was charged before the Department of Justice here Wednesday for allegedly raping a 13-year-old girl and her 11-year-old sister on two separate occasions.
Charged in an information for violations of Republic Act 7610 filed before the provincial prosecutor’s office was Dionisio Alarcon, alias Tata Dionisio of Barangay Obligacion in this town.
Alarcon was accused of sexually abusing the victims on February 20 and March 26, respectively in a nipa hut owned by the suspect.
The elder girl said the incident took place when she went with Alarcon at the nipa hut. She said she slept at the place when her father asked her to accompany Alarcon who was caretaker of the victim’s father’s native ducks.
She said that prior to the incident, the suspect gave her money and food and told her they would play “bahay-bahayan.”
The younger victim was accompanied by her two brothers when she went to the nipa hut where Alarcon fed them. When the two brothers fell asleep, Alarcon sexually abused the victim. The victim did not immediately report the incident for fear of the suspect who threatened to kill her. (Jason de Asis)
Posted by Unknown at Thursday, May 05, 2011 No comments: