Legarda outrages the abduction of Agta-Dumagat in Quezon province 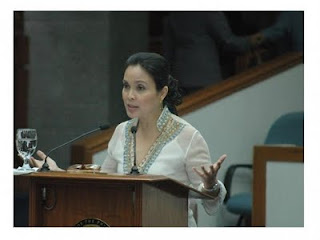 MANILA, September 9, 2011-In the recent abduction of a member of Agta-Dumagat community in Burdeos, Quezon, Senator Loren Legarda, Chair of the Senate Committee on Cultural Communities said that there is a pressing need to strengthen the protection of indigenous cultural communities in the country, outraging the incident that should not happen.
Last August 23, Rogemer Morada was reported abducted from his house by armed men and his relatives sought the help of the National Commission on Indigenous Peoples (NCIP).
“As shown in this incident, protection and security are among the concerns of our indigenous brothers and sisters. The government must address this concern along with the other needs of our indigenous people such as access to basic services and the preservation of their culture and tradition,” she said.
The Senator said that these issues will be discussed at the Luzon Indigenous Peoples’ Assembly that will be held today until tomorrow, September 10, 2011, in Baguio City.
Legarda stressed that there is a pressing need to strengthen the voices of our IP leaders so that they may raise the concerns of their communities. This regional assembly and the first National Indigenous Cultural Summit will serve as venues for dialogue between our ICCs and the country’s policy-makers.
Legarda said that their unique situation and needs should be important parts of public discourse and through this regional assembly, there is a need to ensure that our IPs will be given appropriate attention by the government through policies and programs responsive to their needs.
Luzon IP groups to participate in the assembly today are the Isneg, Bago, Tingguian, Kankanaey, Iwak, Ibatan, Agta, Itawes, Tuwali, Gaddang, Bugkalot, Ayangan, Tiblac, Ivatan and the Dumagat. (Jason de Asis)
Posted by Unknown at Thursday, September 08, 2011 1 comment:

CABANATUAN CITY, Nueva Ecija, September 9, 2011-Dr. Abraham Pascua, provincial director of the Department of the Interior and Local Government (DILG) and co-chairman of the Provincial Disaster and Risk Reduction Management Council (PDRRMC) said that the Spanish government has released P15 million for disaster mitigation programs in a city and four (4) other municipalities in this province which has been hailed as a model of effective disaster risk reduction and management.
Pascua said that the amount was extended to the local government units (LGU) of San Jose City and the towns of Carranglan, Llanera, Rizal and Pantabangan.
Carranglan is a known landslide-prone area while nine of Pantabangan’s barangays have been identified as flood-prone. Roughly one-third of the barangays in San Jose are also identified as high-risk areas for floods. 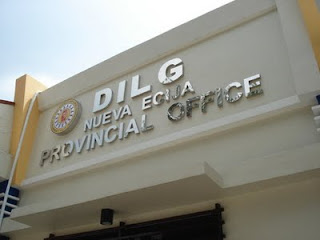 Pascua said that the assistance forms part of the 3.4 million euros (P203.2 million) worth of grant pledged by the Spanish Cooperation Agency for Development (AECID) to the provincial government to further strengthen its capability to respond to disaster and calamity situations and implement rehabilitation programs.
The grant, the first of its kind involving disaster risk reduction, was negotiated by Governor Aurelio Umali from the AECID to help rehabilitate and rebuild communities affected by supertyphoon “Pepeng” in 2009.
AECID has entered into a project partnership agreement with the Local Government Academy an attached agency of the DILG to strengthen local governments' disaster preparedness and response. The grant will be used to fund the training component, infrastructure and livelihood components of the program in the five (5) LGUs to make them responsive to disasters.
“The grant aid is a fitting recognition of the emergence of the province as a role model in disaster management and risk reduction with its participatory approach and systematic handling of irrigation systems,” Pascua said.
Umali, who also sits as PDRRMC chairman, cited that during typhoon “Ondoy,” the province suffered zero casualty because the National Irrigation Administration’s Upper Pampanga River Integrated Irrigation Systems (NIA-UPRIIS) released water from Pantabangan Dam several days before the typhoon came.
The PDRRMC also formulated a comprehensive disaster risk reduction contingency plan involving the pre-positioning of evacuation centers and relief goods in disaster-hit areas.
PDRRMC has five (5) strategically located command posts and four (4) advanced command posts where personnel, heavy equipment, medicines and goods are deployed and stockpiled in advance in anticipation of a forthcoming typhoon. (Jason de Asis)
Posted by Unknown at Thursday, September 08, 2011 No comments: