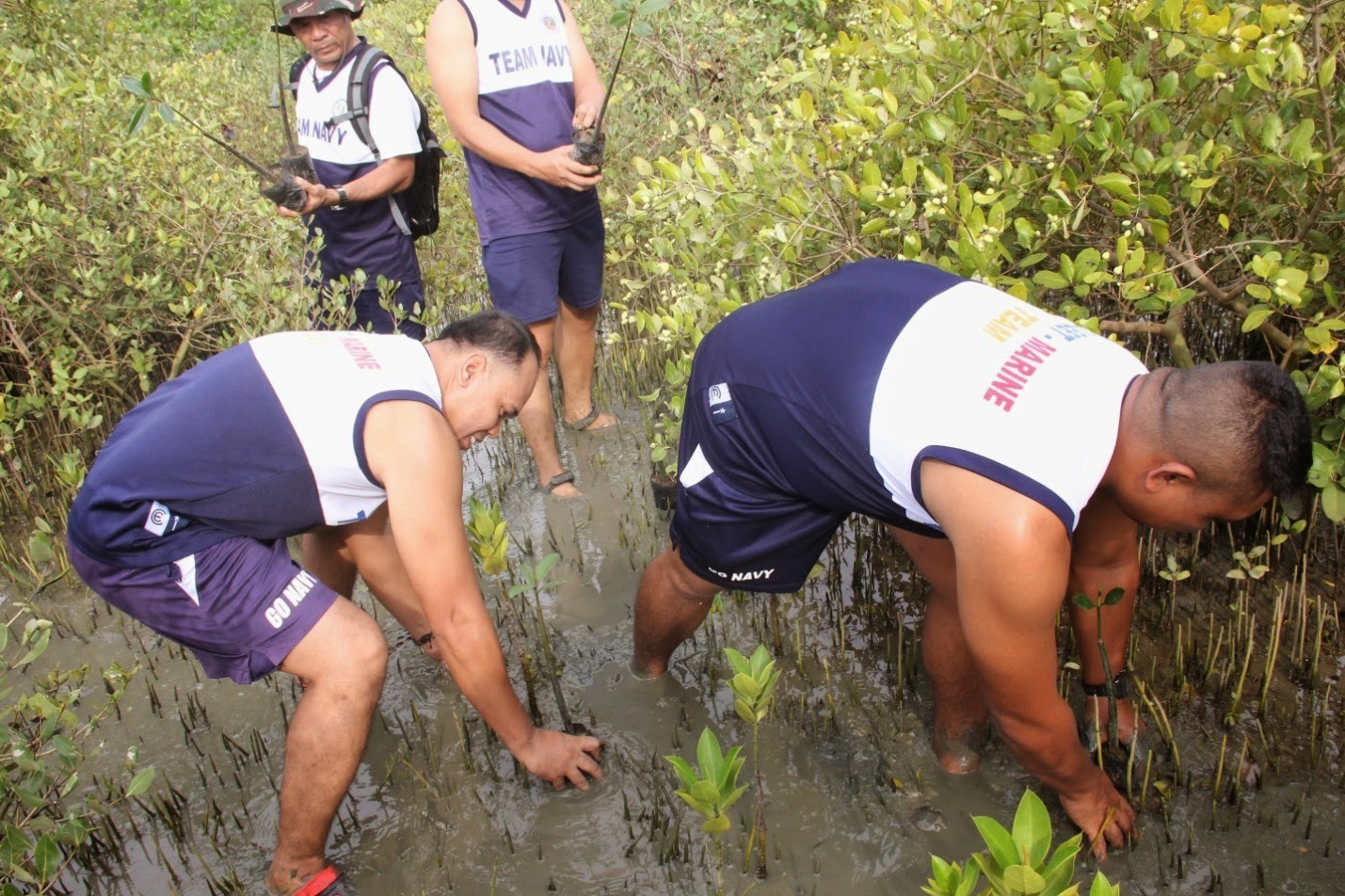 SAN FERNANDO CITY, La Union-The sailors and marines of the Naval Forces Northern Luzon participated in the planting of over 1,000 mangrove propagules at Brgy Parian Oeste, Bauang, La Union in connection with the regional launch of the national government’s Climate Change Advocacy Campaign last August 6, 2014 at the province of La Union.

The activity was spearheaded by the Philippine Information Agency (PIA) and the Department of Environment and Natural Resources, aims to help improve public awareness on climate change adaptation and mitigation thru the conduct of focused group discussion and lectures provided by subject matter experts.

The activity commenced thru a live on-air discussion between various government agencies, local government units, local media and civilian volunteers at the Sea and Sky Hotel in San Fernando City, La Union. During the discussion, participants were given an opportunity to raise various issues and concerns which were then attended to by the agencies concerned. 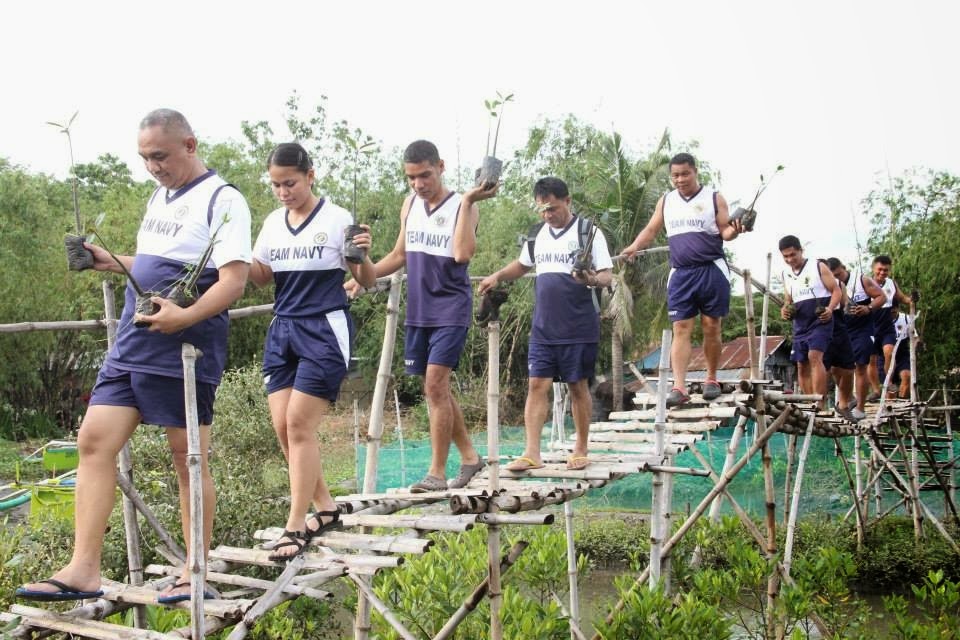 The participation of the Officers and Enlisted Personnel of the Naval Forces Northern Luzon manifests the Philippine Navy’s never ending commitment to support various groups’ cause oriented activities geared towards maintaining a healthy and safe environment suitable for peace and progress for the whole of our nation.
Posted by Unknown at Tuesday, August 12, 2014 No comments:

While being served with the warrant, “Ka Omeng” was able to evade the joint Army and Police team but the security forces were able to arrest two persons who were later found out to be members of platoon Nueva Ecija-Nueva Vizcaya-Eastern Pangasinan of the NPA as political guides namely Gerald Hernandez Salonga alias “Matt” and Guiller Martin Cadano alias “Christian.”

Salonga and Cadano were bought to the PPSC Headquarters in Cabanatuan City and were charged with violation of Presidential Decree 1866 as amended by Republic Act 8294 otherwise known as illegal possession of firearms and explosives.

In a statement, 703rd Infantry Brigade Commander Colonel Felimon Santos Jr. commended the officers and men of 3IB for the quick action and professionally handling the situation.

“The successful arrest of the two NPA members was the product of the information provided by the residents in the area who no longer believe in their cause and exhausted with their illegal activities,” he said.

Santos also called on the other NPA remnants in the area to surrender and join the mainstream of society and avail the programs of government to be once again productive and peaceful citizens of the country. (703RD BDE)
Posted by Unknown at Tuesday, August 12, 2014 No comments: