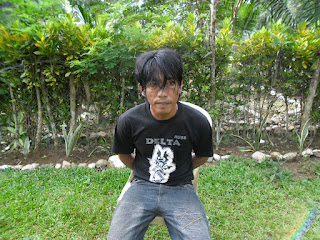 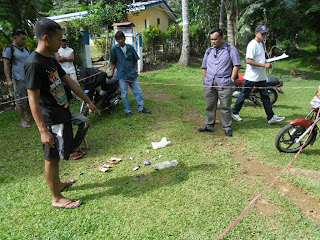 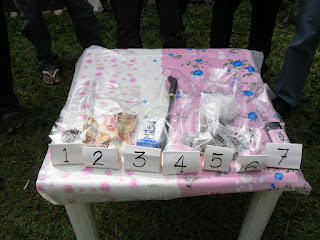 Reyes is now facing charges for violation of Section 5 (sale of dangerous drugs) and Section 11 (possession), Article II of Republic Act 9165, or the Comprehensive Dangerous Drugs Act of 2002.  He is presently detained at Aurora Provincial Jail Station. (Jason de Asis)
Posted by Unknown at Sunday, September 16, 2012 No comments: