Typhoon-hit NE placed under state of calamity; solon calls for release of funds for rehab

ALIAGA, Nueva Ecija – The Sangguniang Panlalawigan on Monday afternoon passed a resolution placing the entire province under a state of calamity amid the devastation brought by supertyphoon “Santi” even as a neophyte lawmaker called on the national government to immediately release funds to speed up rehabilitation efforts.

Gov. Aurelio Umali said the SP presided over by Vice Gov. Jose Gay Padiernos made the declaration to enable the provincial government to allocate calamity funds for the affected areas.

Dr. Abraham Pascua, chairman of the Provincial Disaster Risk Reduction and Management Council, said the provincial government has initially earmarked P44 million sourced from its savings for the affected families.

At the House of Representatives, first district Rep. Estrellita Suansing appealed to the Aquino administration.

In a privilege speech, Suansing said Santi caused untold devastation to communities in the province, considered the country’s rice granary. Quoting figures from the Central Luzon Regional Disaster Risk Reduction and Management Council, an estimated P2.89 billion worth of properties and agriculture was devastated by Santi.

“As I speak today, the municipalities of Talavera, Zaragoza, Sto. Domingo, Aliaga, Guimba, Licab and Quezon in our province care without electricity. The roads remain impassable due to fallen trees blocking the way,” she said.

She added that the “saddest part of all” is that Santi left in its wake families who are “hungry, homeless and with a feeling of helplessness,” she said.

Suansing said if the national government will not extend aid to the province, it would be irreparably damaged.”

Pascua said an initial damage assessment made by the PDRRMC placed the damage at P2.7 billion in the province alone. He said, however, that they are still validating reports of damage coming from the 27 towns and five cities.

In Cabanatuan City, the province’s commercial and trade center - fallen trees and broken and toppled poles continue to litter the roads with local energy officials estimating power to be restored after a month.

In Palayan City, Mayor Adrianne Cuevas said damage was initially placed at P120 million as strong winds destroyed crops and infrastructure, including a brand-new gymnasium whose entire roof was detached.

Many places in the province looked like wastelands, with tree trunks lying on both sides of the highway.

Even shopping malls and department stores in Cabanatuan have no electricity, including NE Crossing where a generator reportedly burst due to overloading. (Manny Galvez) 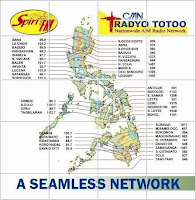 CAMP OLIVAS, Pampanga – An Iglesia ni Cristo (INC) deacon and three other persons were killed in separate violent incidents in Pampanga, Nueva Ecija and Zambales over the weekend, authorities here reported yesterday.
Police identified the victims as Benedict Balajadia, 34, a businessman and INC deacon, of Barangay San Juan Baño, Arayat, Pampanga, Renante Codera, 38, of Jaen, Nueva Ecija, Christopher Solis, 43, of Bongabon, Nueva Ecija and Yasir Muslimin, 40, of Masinloc, Zambales.
Balajadia was shot at point blank range by unidentified motorcycle-riding suspects while on his way home past 1 p.m. on board a red Honda TMX with sidecar (9284-RA) along Arayat-Magalang Road, Brgy. Telapayong, Arayat town.
Except for Codera, police said the suspects behind the gunslays of Balajadia, Solis and Muslimin were unidentified.
Codera’s attacker was identified as Eliseo Cruda, 48, of Brgy. Purlod, Jaen, Nueva Ecija, who was arrested by responding cops.
Solis was busy attending to his store, police said, when gunned down by a lone attacker who posed as customer. The victim died of lone gunshot wound in the head.
Muslimin was shot dead in front of his residence at Sitio Balogo Highway, Brgy. Inhobol, Masinloc, Zambales by unidentified armed men believed to be communist rebels.
Police said all the incidents are under investigation by authorities in respective areas to determine the motive behind the killings. (Jess Malabanan)
Posted by Unknown at Tuesday, October 15, 2013 No comments:

MANILA-Amid the strong earthquake that hit the Visayas area, Senator Loren Legarda today called on affected communities to remain vigilant for possible aftershocks and other effects of the temblor.

On Tuesday morning, The National Disaster Risk Reduction and Management Council (NDRRMC) reported that a magnitude 7.2 earthquake hit Carmen, Bohol and affected nearby towns and provinces. The NDRRMC is still assessing the damages, casualties and other effects of the earthquake.

“This is a very unfortunate incident. Initial reports say that at least four people were killed and we hope there are no more fatalities. The strong temblor and its effects may have caused fear among our citizens and it is important that we keep our people aware of what they must do to be safe from the possible after effects,” said Legarda.

“It is also unfortunate that many structures have collapsed, including historical churches that are centuries old. As several critical structures have been damaged, tourism in the region will likely be affected. Amid this disaster, we are reminded that the increasing frequency and magnitude of earthquakes highlight the need for early action,” she added.

The Senator also reiterated her call for preparedness against earthquakes in all parts of the country as a temblor of the same magnitude can happen any time.

“According to the Philippine Institute of Volcanology and Seismology (Phivolcs), the Marikina Valley Fault Line is ripe for movement but no one can predict the exact time when it will move. This makes preparedness for such eventuality even more important,” she said.

Legarda said that the Metro Manila Earthquake Impact Reduction Study (MMEIRS) conducted by the Japan International Cooperation Agency in 2004 revealed that a 7.2-magnitude earthquake in Metro Manila would cause the destruction of 40% of the residential buildings, damage 35% of all public buildings, kill 34,000 people, injure 114,000 individuals, and the ensuing fires will also result in 18,000 additional fatalities.

“The study also contains priority actions that should have been undertaken 3-6 years after the study was publicized to reduce the impacts of such a strong tremor,” she pointed out.

Among the priority steps that must be undertaken include the promotion of disaster-resilient urban development; ensuring the structural integrity of buildings and critical infrastructure; formulating emergency supply system of water, food and other necessities; and determining open spaces for safe refuge when tremors occur.

“Earthquakes turn into major disasters due to unsafe structures—poorly built structures, buildings in inappropriate places, inadequate design and materials specification, and shortcuts in construction. Inspection during the construction of both public and private infrastructure is important. The additional expense required for making structures safe from earthquakes is worth it especially if it would save thousands of precious lives,” she stressed.

Legarda said that the government must ensure that all structures, especially bridges, school buildings and hospitals, are earthquake-proof through the conduct of a nationwide structural evaluation and by retrofitting these structures to allow them to withstand destructive earthquakes.
Posted by Unknown at Tuesday, October 15, 2013 No comments:

MANILA-Even if Senate President Franklin M. Drilon has been criticized for receiving additional funds under the Disbursement Acceleration Program (DAP), the Department of Budget and Management (DBM) data show that Drilon has been prudent in his use of the Priority Development Assistance Fund (PDAF) since he came back to the Senate in 2010.

According to the DBM website (www.dbm.gov.ph), a total of P293 million worth of projects has been released to the Senate Chief, way below the P600 million he was supposed to avail from the DBM from the years 2010 to 2013. Senators are entitled to P200 million PDAF a year.

“In the spirit of transparency and accountability, I am releasing all my PDAF availments since 2010. I had no PDAF releases during previous years. I was not given a single peso in 2005 and 2006,” he said. “These can be accessed through the website of the Department of Budget and Management.”

He stressed, “What is more important here is that the record shows that no single centavo of the PDAF allotted to me as a senator went to bogus non-government organizations.”

The biggest amount of the PDAF allocated to Drilon, amounting P153.35 million, was spent for various infrastructure programs which was directly implemented by the Department of Public Works and Highways (DPWH).

“Contrary to claims of my detractors, the budget I requested under the PDAF for the construction of priority infrastructure was managed by the DPWH. I had no hand in the actual project implementation and in choosing the contractors. That is a job of the DPWH,” pointed out Drilon.

The amount includes the P32.5 million to fund his school building program nationwide which was coursed through the Filipino Federation of Chinese Chamber of Commerce and Industry, a recognized non-government organization under the General Appropriations Act, he noted.

“The Filipino Federation of Chinese Chamber of Commerce and Industry is a recognized non-government organization and definitely, it’s not fake. It has been my partner since 2002 and to date, we were able to build about 1,600 classrooms nationwide which helped in the government’s effort to close the problem on classroom shortages,” emphasized Drilon.

The senator likewise spent P81.65 million for the medical assistance needs of indigent families nationwide coursed through the Department of Health-attached hospitals.

Aside from the P21 million allotted to the PGH for medical assistance to indigent patients, Drilon also allocated P50 million to PGH charged against his 2010 PDAF for the upgrading and renovation of the dilapidated operating rooms, including acquisition of medical equipment.

Likewise, Drilon assigned additional P5 million to the Philippine Heart Center (PHC) charged against his 2012 PDAF for the renovation of a dilapidated PHC Cardiovascular Sciences Division to provide a better health service.

In 2011, Drilon allotted P500,000 for the construction of a rural health center in San Jose, Camarines Sur.

On the DAP allocation, Drilon said he will await the DBM to comply with the instruction of the President for it to disclose fund allocation under DAP.

“The DBM will publish the DAP allocation like what it has been doing in the case of the PDAF. All allocations made under DAP will be made available by the DBM including those requested by lawmakers,” he said.

Drilon said a big chunk of fund releases under DAP that he requested from the DBM were used for infrastructure projects in Iloilo which is seeking to host the Asia Pacific Economic Conference ministerial meeting in 2015.

“I can account for every peso that was allotted to me under the PDAF or DAP. I do not have a history of malfeasance and misuse of government funds. I am sure that that not a single centavo was channeled to bogus non-government,” he said.

Note: To access data on Drilon’s PDAF, follow this link:
http://pdaf.dbm.gov.ph/index.php?r=Site/Upperhouse_breakdown/legislatorId/475/fy/2010
Posted by Unknown at Tuesday, October 15, 2013 No comments:

MANILA-Senator Loren Legarda, author of Republic Act 9849 also known as the Act Declaring Eidul Adha a National Holiday, today shared in the celebration of Eidul Adha or the Feast of Sacrifice.

“As we join our Muslim brothers and sisters in celebrating the Eidul Adha, let us look at this occasion more than just another holiday to enjoy. Let us reflect on the lessons that this feast signifies—a strong faith and the willingness to surrender to the will of God.

“May this Feast of Sacrifice continue to guide our Muslim brothers and sisters in leading fruitful lives and strengthen their dedication in contributing to the development of their communities and our nation as a whole.

“I wish all Muslims a meaningful celebration of Eidul Adha.”
Posted by Unknown at Tuesday, October 15, 2013 No comments: