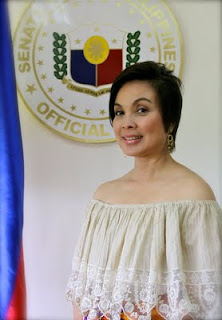 With less than two weeks before the May 13 elections, reelectionist Sen. Loren Legarda (Nationalist People’s Coalition) sustained her lead in the latest pre-election survey conducted by pollster Pulse Asia.

Legarda, who also topped the Pulse Asia survey last month, got 51.5% votes of those polled. The survey, conducted from April 20 to 22, had 1,800 respondents from a national sample.

Legarda said she is thankful to the public for continuing to put their trust in her, adding that she will work doubly hard in her last term to push more high-impact laws.

Legarda, in previous statements, said she will work on finishing the Universal Healthcare bill which she principally authored to benefit the 25 million poorest Filipinos. “Providing for the healthcare needs of the poorest Filipinos is my top priority,” Legarda has said.

She said she will also push for the expansion of scholarship programs for indigent but deserving college students by providing scholarships for the three million families that are beneficiaries of the Pantawid Pamilyang Pilipino Program.

Legarda also said she will continue to look after the welfare of senior citizens by ensuring the full implementation of the Expanded Senior Citizens Act as well as author more environmental laws, among others.
Posted by Unknown at Wednesday, May 01, 2013 No comments: