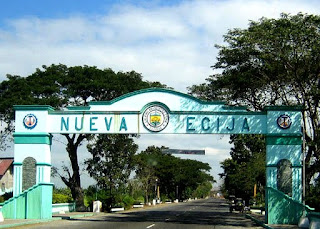 SAN JOSE CITY, Nueva Ecija, April 30, 2011-The second and third most wanted men of Baler, Aurora were arrested by the joint operatives of the police of Nueva Ecija-Baler and the Philippine Army in this city after evading authorities for close to 20 years.
Police Superintendent Edgar Alan Okubo, commander of the Provincial Public Safety Company said that the long arm of the law finally caught up with the two suspects identified as Antonio Nartatez, 50, and his brother Artemio, 46, both of Barangay Calabuanan, Baler, Aurora.
Okubo said that the culprits were arrested in their safe houses in the barangays of Culaylay and Villa Marina here by a joint team of the PPSC’s 3rd maneuver platoon, led by Inspector Alexander Reyes, Baler police chief, Chief Inspector Nelson Buhong,  Baler  police station intelligence section team leader PO3 Dennis Lorente  and 81st detachment of the Civilian Armed Forces Geographical Unit led by Army Sgt. Gliverio Gonzaga.
The suspects were placed under the custody of the PPSC in Cabanatuan City and will be turned over to the Baler police.
The arresting teams were armed with warrants of arrest issued on July 10, 2000 by then Baler Regional Trial Court Branch 66 Judge Armando A. Yanga for the murder of Leopoldo Pulinada in Calabuanan, Baler in 1992.
Okubo said that the Nartatez brothers have successfully evaded manhunt operations before yesterday’s operations. (Jason de Asis)
Posted by Unknown at Friday, April 29, 2011 2 comments:

2 trucks of IDC with 6,500 board feet logs were temporary held by Casiguran Mayor Bitong 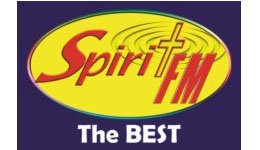 CASIGURAN, AURORA, April 29, 2011-The Industries Development Corporation (IDC) two (2) trucks with 6,500 board feet log on board were temporary held by Casiguran Mayor Reynaldo “Binsu” Bitong, Municipal Environment and Natural Resources Officer Menandro Alvarez, AFP, PNP and non-government organization in a checkpoint at brgy. Dibacong in this town last April 28, 2011 in a broad day light in the afternoon.
The trucks reportedly came from the mountainous part of Sitio Kamatis and were said to proceed at the log pan of the IDC when these were held in a check point and thereby allegedly for validation if the contraband were fresh cut.
Authorities are now conducting meticulous investigation if the logging firm violated executive order number 23 of President Aquino for the logging moratorium nationwide.
Relative to this in a phone call to Mr. Michael Ong of IDC reported that the said hot logs have a permit from the DENR and reported that these were old cut logs. “Those were old cut logs,” Ong said, adding that the logs they have seen in the check point were fresh cut from the base of the tree. (Arnel Turzar, CMN-DZJO FM, Baler, Aurora)
Posted by Unknown at Friday, April 29, 2011 No comments:

SENATE OFFICE, Manila, April 29, 2011-On Ombudsman Merceditas Gutierrez resignation, the Senate varied reactions when she met with President Aquino and submitted her resignation letter on Friday.
Senator Francis “Kiko” Pangilinan, who first called for Ombudsman Merceditas Gutierrez’s resignation last March lauded Merci for sparing at the Senate for the long and arduous impeachment process, saying that this is just one small step in the fight against corruption and we mustn’t stop here.
Pangilinan said that we are slowly but surely chipping away from the armor of invincibility surrounding GMA, who has linked the Ombudsman with the series of corruption scandals that hounded the administration of former president Gloria Macapagal-Arroyo.
“Now that Merci is out of the way, GMA’s fortress will come tumbling down, and we should use this as an opportunity to make the Arroyo administration pay for its corrupt, twisted ways,” he said, adding that her resignation does not prevent the state from pursuing criminal cases should there be sufficient grounds to do so.
Relative to this, “the resignation of Ombudsman Gutierrez is a fitting act to preserve the integrity of the Office of the Ombudsman. After all, the country’s lead anti-graft agency and its officials should be freed from controversy in order to effectively carry out their mandated tasks,” Senator Loren Legarda said.
“This now brings to a close the impeachment trial. In effect, the government will save a lot of money which can be used for other essential needs of our people,” she said.
Furthermore, our focus will no longer be divided. The Senate can keep its concentration on important legislation.
“But our fight against corruption is something we shall never put to rest. We shall continue to seek ways to make our government accountable, transparent, and responsive to the needs of our people,” she said.
Senator Ralph Recto said that this means that the latest reality TV show gets axed even before the first live episode is aired. We won’t be wearing those togas anymore. But it is a cancellation that both the actors and the audience do welcome. It doesn’t mean however that this is ‘The End’ of this political telenovela because we are speaking here of one person’s resignation and not the termination of the judicial proceedings that the cases will have to go through.  The action simply shifts to the proper forum – the courts – where these cases duly belong.”
Senator Manny Villar said that Gutierrez’s act is expected. This will do the country good, saving time and resources on the part of the Senate. Now, we should move forward and continue working to find ways to help the country in the face of the rising cost of petroleum products and basic commodities. Kung may pananagutan si Gutierrez sa batas, nariyan ang ating hukuman para magpasya dito.”


Senator Bong Revilla said that the resignation of Ombudsman Merci Gutierrez will spare the country from the very tedious and divisive process of impeachment. This will also save time and resources that would have been spent in the process.
“The President now has the room to choose and appoint an Ombudsman who he has confidence in so that we can all further pursue our program against graft and corruption,” he said.
Senator Pia Cayetano said that Ombudsman Gutierrez made the correct decision in finally resigning from office, after months of clinging to her position despite mounting questions about her credibility and criticisms against her performance.
“In the end, her resignation will be good for our country and people. With Gutierrez out of the picture, the Aquino government will now have an opportunity to start on a clean slate to get to the bottom of corruption charges and prosecute the culprits behind the scandals from the previous administration,” she said.
“And now that Congress need not revise its legislative calendar to give way to the impeachment trial, which we had earlier projected to be complicated and long drawn-out, lawmakers can move forward and focus on legislation to address pressing issues, such as worsening poverty and rising cost of living, funding education to plug deficiencies in the public school system, and improving government health services to address high maternal deaths, sickness and malnutrition among young children, and rising cases of HIV-AIDS,” she ended.
Senator Chiz Escudero said that the resignation of Ombudsman Merceditas Gutierrez has relieved the country, the Senate and even the ombudsman herself of the pain and burden of an impeachment trial scheduled to open on May.
Escudero, chairman of the Senate committee on justice and human rights, said that the resignation of Gutierrez now renders the impeachment case lodged against her moot and academic, but clarified that it does not give her immunity either from other suits filed against her by other entities.
“If at all, any case filed against her is not for the Senate to oversee anymore. It would have to be the regular courts or the Sandiganbayan itself. This is always a distinct possibility,” Escudero said where he commended Gutierrez for her statesmanship, though belatedly, for considering not only herself but the country in general.
“We have other pressing matters to consider and to focus on such as rebuilding our country and meeting and delivering social services needed. An impeachment trial will take away our time, energy and attention from these important gut issues,” Escudero said.
With Gutierrez's resignation, “I don't think anyone should not be magnanimous after this,” Escudero said, referring to those who hold on to their positions in the public service amid controversies and ill-will. (Jason de Asis)