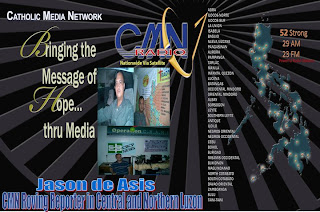 Trinidad said that one (1) section from Alpha Company, 56IB led by 2nd Lieutenant Ralph Nino D Rosales while conducting combat operations on tips of the presence of NPA remnants provided by concerned civilians, engaged the lawless elements in a firefight that lasted for 30 minutes.  The NPA remnants were forced to escape to different directions.

“We have been closely and vigilantly monitoring the activities of these NPA remnants in our area. As expected, as the Christmas season approaches, the NPA remnants are out to launch various illegal activities in order to extort from the people who are preparing for the holiday festivities,” Trinidad explained.

The other day, at 8:15 in the Monday morning of November 10, 2014, one (1) Platoon of 81st Infantry Battalion led by Captain Dexter P Apsay also encountered about ten (10) NPA remnants at Barangay Bugbuga, Sta. Cruz, Ilocos Sur that resulted to the wounding of three (3) soldiers.

The 81st Infantry Battalion recovered numerous war materials from the enemy at the encounter area.

“We will continue to perform our duty 24/7 to ensure the security and safety of the people. Our forces will remain vigilant so that the people can enjoy the Christmas holiday,” he furthered.

The Military troops under 56thIB and 81stIB continue to conduct pursuit operations with tracking Dogs in the said areas. (Jason de Asis)
Posted by Unknown at Thursday, November 13, 2014 No comments: