She said the campaign is a fitting sequel to last year’s campaign which was anchored on President Aquino’s issuance of Presidential Proclamation 494 declaring 2013 as National Year of Rice.

She said in the Be RICEponsible campaign, implementers will be reinforcing the behaviors that the National Year of Rice tried to impart to the public and policymakers. “We continously urge the public to be RICEponsible. That is, not to waste rice, consume brown rice, eat healthier sources of carbohydrates, and value the hard work of the rice farmers,” Antonio said.

She added that this showed that Filipinos can still accomplish more in spite of last year’s calamities.

Antonio, the campaign’s director, said some local government units have been contributing their share in the rice conservation campaign with towns in Aklan, Bohol, Ilocos Norte and La Union passing half-rice ordinances.

In Quezon City, she said the city council passed a resolution calling on  major fast-food chains and restaurants to serve brown rice. – Manny Galvez
Posted by Unknown at Saturday, March 29, 2014 No comments:

MANILA-Senate President Franklin M. Drilon today said that the Bangsamoro Basic Law must “supremely respect” the Philippine Constitution, as he vowed to take the forefront in congressional efforts to preserve and guard the nation’s sovereignty amid the establishment of the Bangsamoro political entity in southern Mindanao.

The Senate chief also said that President Aquino will play a big role in pushing the bill forward: “I expect the President to certify it as an administration concern and subsequently certify it as an urgent measure. But more importantly, I expect him to use his political capital as he has used in several crucial legislative matters, when he has perceived they are for the good of the country and of the Filipino people.”

“I expect the President to take a personal stake at this peace process for the Filipino people because this will be his legacy. I believe that the final peace agreement in Mindanao will be among the legacies of President Noynoy Aquino,” he stressed.

“I am determined to see that the Bangsamoro Basic Law will be a policy for harmony and shared development. As long as I am here, it will not be an instrument of capitulation, nor it will be an affront to our constitutional integrity,” he stressed.

In 2008, the former Executive and Justice Secretary was the leading voice of opposition towards the aborted GRP-MILF Memorandum of Agreement on Ancestral Domain, which legal experts and political observers criticized to be of dubious constitutionality, and that it would have led to further political schism and security breakdown.

With the Bangsamoro Basic Law, Drilon acknowledged that questions on the Constitution will take center stage: “While we must give the Constitution its most liberal application, we have to make sure that the basic law must be a unifying and integrating legislation, and not a divisive one.”

The senator believes that their vigilance on the issue is their due responsibility as citizens and lawmakers of the republic: “Whether Moro or Christian, we are all Filipinos. And therefore, it is our moral and legal obligation to preserve our country as one. And that is going to be my guiding principle at this matter.”

“It will not be an easy task – as we say, “The Devil is in the details.” I expect a lot of debates in the Congress,” he further noted.

Earlier, Drilon urged his colleagues to take an active role in the crafting of the Bangsamoro Basic Law and passionately debate on the most pertinent issues about the peace accord.

“We cannot afford to err on this most-sought piece of legislation which seeks to put an end to the decades-long insurgency. It is therefore incumbent upon us to make sure that the efforts exerted by both panels will not be put in vain, by ensuring that the Bangsamoro Law falls within the four corners of the Constitution and one that can withstand judicial scrutiny,” he said.
Posted by Unknown at Saturday, March 29, 2014 No comments:

MANILA-As Filipinos prepare to join the Earth Hour 2014 on March 29, from 8:30 to 9:30 in the evening, Senator Loren Legarda today stressed on the importance of the campaign, which highlights that “small acts can create big, significant changes.”

Legarda, Chair of the Senate Committees on Climate Change, and Environment and Natural Resources, said that oftentimes people are overwhelmed with the gargantuan task of protecting the environment, without realizing that the small acts ignite greater action and result in significant achievements.

“The Earth Hour started in Sydney, Australia in 2007. The following year, the World Wildlife Fund (WWF) launched the international Earth Hour. More than 400 cities in 35 countries, including the Philippines, joined the campaign. Now, more than 7,000 cities are involved. We only have to take that one important step, which is to take action, to save and protect our planet,” said Legarda.

According to the WWF, the Earth Hour campaign started by encouraging cities and communities to turn off their lights for one hour during the designated date of Earth Hour. Since then, homes and communities went beyond the hour or have taken greater action towards the protection of the environment.

Legarda noted that the Philippines has been regarded as an Earth Hour Hero Country for registering a high number of participating towns and cities and for its staunch support to the campaign.

In 2009, 647 cities and towns in the Philippines and an estimated 15 million Filipinos participated in the Earth Hour, saving 611 Megawatt-Hours of electricity during the one-hour period.

In 2013, records from the Visayan Electric Company in Cebu alone showed a reduction of 11 MW during the time of the event.

“The Earth Hour campaign shows us what each citizen can do. It tells us that every individual is capable of protecting our planet. Small acts cannot be underestimated because these small acts, when put together, create big change. Saving on electricity, using low carbon technologies, conserving water, eating local food, planting more trees, these are just some of the simple ways by which we can significantly contribute to protecting our Earth. The results of Earth Hour are clear enough to show what people can do when we work together,” Legarda stressed.
Posted by Unknown at Saturday, March 29, 2014 No comments:

15M Filipinos to switch off lights on Earth Hour

CITY OF SAN FERNANDO, Pampanga --- It’s going to be a Black Saturday, literally, on March 29 as more than 15 million Filipinos are expected to “turn their lights off” for an hour, from 8:30-9:30 PM, in support of this year’s observance of Earth Hour, officials from the Department of Environment and Natural Resources (DENR) announced yesterday.

This is the country’s contribution to the global effort of mitigating the impacts of global warming and climate change, explained Francisco Milla, Jr. of the regional DENR office in Central Luzon.

He said an estimated 15 million Filipinos will join the seven billion people from 154 countries and 1,000 cities and towns around the globe who are expected to join this massive “lights off” campaign to save on electricity, cut down greenhouse gas emission, and send a strong message around the world that every simple act of energy conservation can make a big difference.

Studies showed that the country expects to save at least 738 megawatts of power during the one-hour lights off period, equivalent to cutting down roughly 508 tons of carbon dioxide emissions.

Milla said the global call for energy conservation measures is led by the Washington-based environmental group World Wide Fund for Nature in cooperation with the Department of Energy, the Green Army Philippines Network, and the SWITCH movement.

This year’s Earth Hour ambassador is the comic superhero “Spider-Man” who epitomizes the power of the individual, inspiring fans to become superheroes for the planet, according to the Earth Hour official website.

The Philippines earned the distinction of being “Earth Hour Hero Country” by consistently registering the most number of participating towns and cities since it first joined the event in 2009.

Earth hour started in Sydney, Autralia in 2007 as a “lights-off” event with 2.2 million . Since then, it has grown to engage more than 7,000 towns and cities worldwide.
Posted by Unknown at Saturday, March 29, 2014 No comments: 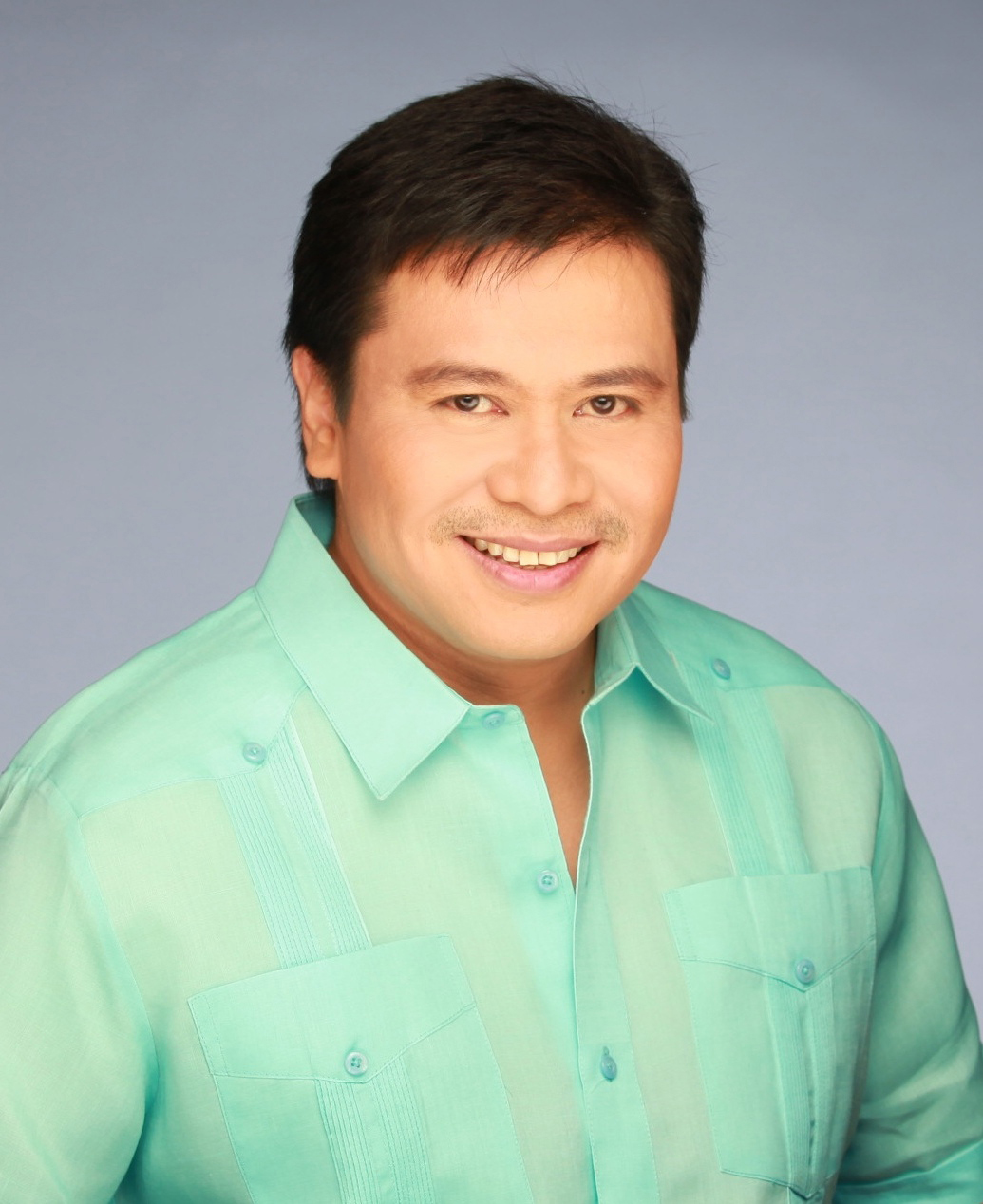 I am one with the nation in its hopeful anticipation of a more peaceful and progressive Mindanao region as heralded by today’s signing of the Comprehensive Agreement on the Bangsamoro between the Philippine government and the Moro Islamic Liberation Front.
The landmark peace pact is expected to signal long lasting peace and stability in the region, which for many years has been plagued by terrorism, abject poverty and underdevelopment. I hope that the final peace agreement will ultimately realize this cherished goal held not only of our brothers and sisters in the southern Philippines but the entire Filipino nation.
This definitely marks a new era in Philippine politics.
As described in a roadmap, there is still a long way ahead of us towards the creation of the Bangsamoro. There is a need for the Congress to pass the proposed Bangsamoro Basic Law and for the people to approve the same through a plebiscite. Nevertheless, I look forward to witnessing the birth of a new Mindanao at the end of it.
Posted by Unknown at Saturday, March 29, 2014 No comments:

STATEMENT OF SEN. ANGARA ON THE SIGNING OF THE COMPREHENSIVE AGREEMENT ON THE BANGSAMORO

I congratulate the Aquino administration and the Moro Islamic Liberation Front on the signing of the Comprehensive Agreement on the Bangsamoro. Hopefully, this would put an end to the decades-old civil war--a war that brought incalculable human cost including displacement of thousands of families and the loss of economic opportunities.

Both parties should make sure that the peace process is as inclusive as possible. Any kind of peace, for it to be lasting, has to be inclusive. May the Comprehensive Agreement on the Bangsamoro lead to sustainable peace that would bring about genuine socio-economic and political development to the region, and more importantly, equitable growth to the people in Mindanao.
Posted by Unknown at Saturday, March 29, 2014 No comments: