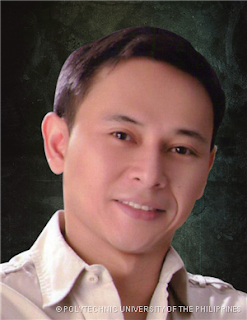 A classic example is our very own voice in Congress, Rep. Juan Edgardo “Sonny” Angara, the son of Senator Ed Angara and the former Gloria Manalang, the Cultural Center of the Philippines (CCP) President during the Estrada administration.

Blessed with boyish good looks, Cong. Sonny has his pedigree as an added blessing. But will he be his own man?

The answer is yes. The Son (ny) also rises. He basks in the glory of his illustrious parents but is doing everything to re-invent himself, distinct and separate from the surname.

For one, Cong. Sonny has put one (or I would say two?) over Senator Edong. For one, the congressman was named a TOYM awardee, a distinction never bestowed on the elder statesman. Maybe because the award was only for young men as the name suggests (he he) but in fairness to Cong. Sonny, his being an Angara did not make him a graduate of the London School of Economics, Harvard, and University of the Philippines. He certainly earned it and Senator Edong never had a part except perhaps sending him to school. The father was not the one who answered his test papers

For another, Cong. Sonny has become an image model of the sweet smelling eu de toilette for men, Blackwater Elite. He’s certainly in good company with Senator Bongbong Marcos, Christian Bautista and Sam Milby? That’s a milestone enough, isn’t it? Even Coco Martin manifested his support to Sonny.

Now, why go for Sonny Angara when there are so many other senatorial candidates equally qualified and competent.
Some may not exactly agree but the people behind Blackwater’s Elite Homme say that the congressman exudes a pleasant aura, is charming and friendly. He’s a loving and caring husband to Tootsy and father to Manolo, Ines, and Javier.
Needless to say, he has the looks of a movie star. In the words of Kuya Germs Moreno, “Puedeng pang ‘That’s Entertainment.”

By the way, Sonny, 40, recalls he grew up watching Kuya Germs in “That’s” and secretly desired to be part of the youth-oriented group.

Sonny is like Sen. Angara in many ways, though not exactly a copycat. Both of them are lawyers, are products of UP and Harvard, are economists and are public servants.
The younger Angara finished grade school and high school at Xavier and studied at the London School of Economics (LSE) and Political Science.

In case you don’t know, LSE is one of the best schools in Europe.
While he says he is his own man, Sonny is humble enough to admit that what he is today is because of his father.
Here’s praying that we’ll see him delivering his privilege speech or interpellating a colleague in the august halls of the Senate later this year. (Jason de Asis)

MANILA, January 27, 2013-Senator Loren Legarda today enjoined her fellow senators who have been engaged in heated arguments to settle their differences and stressed that the Senate should be a solid institution that is focused on addressing the more important and pressing needs of the country.

“I continue to support Senate President Enrile as many other senators do. I believe in his wisdom and capability, and the Senate as a body has accomplished much under his leadership,” she said.

“What is happening in the Senate for the past days and weeks is unfortunate and has caused divisiveness. We should immediately agree on how to resolve the issues without having to set aside what we must do for our people. The Senate has to take the path of healing so that it can focus again on helping our wounded people—those who have been affected by recent disasters, especially in Mindanao; those whose crops and livelihood are affected by the cold weather, particularly in Northern Luzon; those who need support to gain better opportunities, especially in the rural areas. Filipinos need their senators as public servants, as legislators who must focus on crafting laws that would uplift their lives and push for policies that would foster unity,” Legarda stressed.
Posted by Unknown at Sunday, January 27, 2013 5 comments:

MANILA, January 27, 2013-Senator Loren Legarda has filed a bill to better promote the welfare of Overseas Filipino Workers (OFWs) through a new charter for the Overseas Workers Welfare Administration (OWWA).

“This legislative measure seeks to redefine the functions of OWWA as a national government agency vested with the special function of developing and implementing welfare programs that respond to the needs of member-OFWs and their families,” she explained.

Legarda, Chair of the Senate Committee on Foreign Relations, said that the promotion of the welfare of Filipinos abroad is one of the pillars of the country’s foreign policy.

“This proposed measure contained in Senate Bill 3395 is part of much needed reforms to effectively respond to the growing number of OFWs. Given the challenges that hardworking Filipinos encounter in foreign countries where their resources and avenues for protection are limited, we should certainly focus on this issue,” she remarked.

“"Through this we will also establish clear-cut guidelines for the procedure for OWWA membership registration and renewal, ensure sufficiency of the agency's operative budget to support full protection of OFW welfare, and create the OWWA Fund as a private fund held in trust,” Legarda concluded.
Posted by Unknown at Sunday, January 27, 2013 5 comments: