CANDELARIA, Zambales, August 23, 2011-Northern Luzon Command (NOLCOM) spokesperson Captain Jovily Carmel Cabading revealed that two (2) soldiers were wounded, one civilian was fatally hit and undetermined casualties among the rebels in an armed encounter before the dawn yesterday Monday at Sitio Biew, Barangay Taposo, Candelaria, Zambales.
In a telephone interview, Cabading identified the two (2) soldiers who were hit in a gun battle around 4:20 in the morning as Private First Class Antonio Alvarez and Private First Class Oliver Limbag while a courageous civilian volunteer - Christopher Bonustro was killed in action during the crossfire.
She said that the government troops encountered more or less ten member of the “Pinagsanib na Sangay ng Partido (STP) sa platoon Tarlac-Zambales” under the leadership of a certain Evelyn Munoz, Alias Ka Ched, a native of Pangasinan operating in the place. 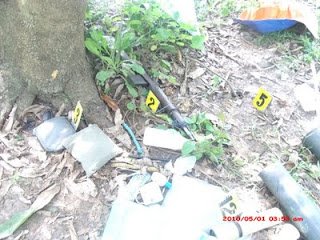 “The rebel strategy now is migrating in an insurgency province to show proof of their strength. The rebels are only few, they combined themselves as a group more or less ten from different places then they will conduct atrocities, just like what happened in Aurora province,” Cabading said. She added that the rebels would like to trick the people to believe that they are of strong hold.
“Small groups of New People's Army (NPA) from different places gathered in an identified area then did their plan and extorting the people and other kinds of life threatening so that people would give revolutionary tax and other collectible items,” she said. 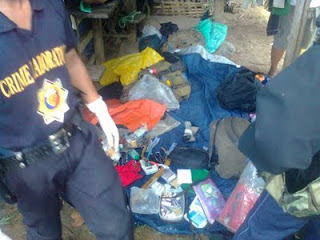 Cabading said that Major General Jessie Dellosa,  the NOLCOM Chief, wanted the civilian’s heroic deed to be given due recognition by proper authorities because he sacrificed his life in line of duty to ensure the safety and security of  the Zambaleños.
“He did not die in vain. It is a fact that the residents themselves tipped off the NPA’s presence to government forces which meant they condemned their presence in Zambales,” Dellosa said. 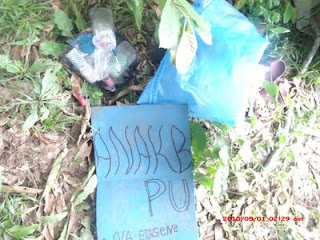 Government troops recovered the following items from the site of the encounter:  one (1) M14, one (1) M16, bandoleers with ammunition, documents with high intelligence value and personal belongings.
The 24th Infantry Battalion army Chief LTC Michael G. Samson also revealed that there are NPA casualties according to the information from the residents and the bloodstains in the NPA withdrawal route are indicators of these. 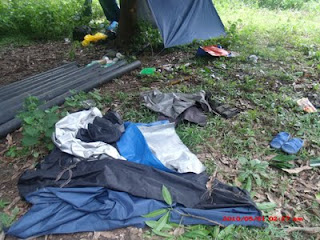 Samson calls to offer medical assistance to help those NPA wounded in the area.


Samson revealed that prior to the encounter, a civilian tipped-off enabled government troops to catch up with a group of local rebels conducting extortion activities in the said area that led to the clash.


As of this report, a hot pursuit and blocking operations are being conducted by troops of 24th Infantry Battalion versus the rebels. (Jason de Asis)
Posted by Unknown at Monday, August 22, 2011 2 comments:

SAN JOSE, Antique, August 22, 2011―Bishop Jose Salmorin Bontolo, the third Bishop of Masbate, was ordained to the episcopacy by Jaro Archbishop Angel N. Lagdameo at St. Joseph Cathedral in the heart of this bustling capital town.
Concelebrating with Lagdameo was the Apostolic Nuncio to the Philippines Archbishop Guiseppe Pinto and other archbishops and bishops from all over the Philippines.
Bantolo was vicar general of San Jose de Antique diocese prior to his appointment as bishop of Masbate.
The fifth among 14 children, Bantolo was born in November 12, 1960. His parents are former Mayor Honorio Bancaya Bantolo and Leonita Tuma-ob Salmorin. He studied at Guisijan Elementary School in Laua-an town and finished high school and college at St. Peter's Seminary, this town.
Bantolo took his Theology at San Jose Seminary at Ateneo de Manila University and was ordained to the Diaconate by then Manila Archbishop Jaime Cardinal Sin on August 3, 1985. Then San Jose de Antique Bishop Raul Q. Martirez ordained him to the priesthood at the Immaculate Conception Parish in Laua-an on April 21, 1986.
He acquired his M. A. In Educational Management from the Jesuit-run Xavier University in Cagayan de Oro city in 1991. He also has a Licentiate in Philosophy from the Pontifical Gregorian University in Rome, Italy in 1998.
Bantolo also has a degree in Applied Theology from the University of Berkeley in California, U. S. A. from 2005-06.
He served as parish priest and chaplain to Filipino communities in Rome, Italy, Athens, Greece, New York and University of Berkeley in the United States of America and the various towns in Antique province. (Melo Acuna)
Posted by Unknown at Monday, August 22, 2011 No comments: