Reds collapsed in recovering their mass base in Aurora, says top army official 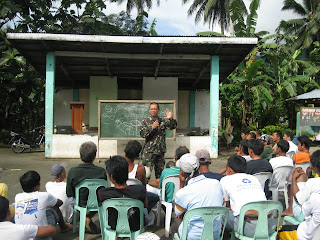 BALER, AURORA, September 2, 2011-A top army official here in Aurora revealed that the New People’s Army (NPA) collapsed in recovering their mass base in the recent clash at Sitio Balagbag, Barangay Dimanayat, San Luis, Aurora.
Ltc Kurt Decapia, 48th Infantry “Guardians” Battalion chief said Thursday that the rebels’ target to regain their lost ground ended, manifesting that the villagers of Aurora including the local government, private sectors and non-government organization did not support them anymore; hence, weakening the rebels strength.
“The rebels attempted to conduct extortions, recruitments and atrocities but collapsed in the entire province. We are all inspired for the full support of Aurorans,” Decapia said. 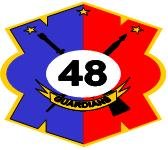 Decapia recalled that the 48th IB army troops led by 2lt Edwin Lauro clashed to more or less fifty (50) rebels who were on the actual massive recruitments and extortion activities at Barangay Dimanayat, San Luis, saying that the leftist armed group came from the different units of the Communist Party of the Philippines (CPP)-NPA for recovery effort in their lost ground in the province.
“The battled lasted for more or less one hour where the rebels run for their lives and spread to different directions to avoid the military,” Decapia said.
“The government recovered a pack of simcards, medicine kit, subversive documents and four (4) claymore mines to be used for sabotage in the government projects in Aurora,” Decapia furthered, explaining that numerous blood stained were found in the encountered site that came from the rebels. 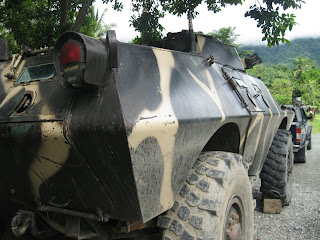 He said that Pfc Edwin Dacayo was slightly wounded during the battle. Dacayo was airlifted to Camp Ravina and then brought to Aurora Memorial Hospital, then was eventually brought to AFP Medical Center in Quezon City.
Prior to the encounter, Decapia said that the rebels attempted to sow terror to the villagers of Brgy. Diteki were more or less ten (10) rebels harassed the army detachment. Soldiers are conducting “Bayanihan Program” which aimed to help the barangay officials and the populace in their peace and development program.
The following day at around 9:10 in the morning Saturday, two (2) NPA planted detonated explosives near the bridge of Diteki highway while on their way back towards the battalion headquarters. Only one detonated explosive blasted.
“There was no reported casualty in the government side in the twin harassment to the army,” Decapia said, explaining that the villagers of Diteki denounced the move of the NPA. “The soldiers were there to help the villagers unlike the NPA who wreck havoc among the villagers," he said.
“The rebels attack means that they did not only attack the soldiers but moreso the villagers who already outcast them,” Decapia said.
It could be remembered that the local officials together with the hundreds of villagers gathered in Diteki basketball court and requested the army to stay in their barangay as their counterpart in the peace, livelihood and development program.
Decapia said that the incident was a desperate retaliation of the rebels to the military after the encounter at Barangay Diarabasin, Dipaculao last July 10, 2011 which were allegedly conducting recruitment and recovery efforts three (3) kilometers away from the villagers. 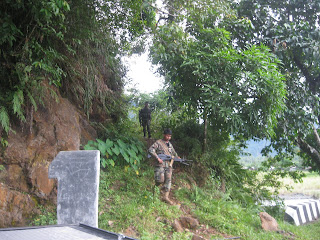 “We recovered one (1) body count among the rebels at the encounter site while others were reportedly died during the fire exchange while the others were wounded in action based in the blood stained in their route of withdrawal,” Decapia said. “We also recovered M16 rifle, explosives and personal belongings of the NPA,” he added.
“Due to the diminishing number of the leftist group due to the surrender of their members and without the support of the civilians, it is seen that they will merge as one big group and focus their terrorism activities in a targeted area to fool the people to believe that they are still strong and powerful. With what they did the more the people dislike them as they spread havoc in the barangay,” Decapia emphasized.
Decapia said that the series of encounter in Aurora manifest the success of the government and the masses to stop the rebels’ comeback in the province. “The people already outcast them,” he said.
He added that the various engagements were efforts of the populace in the barangays and that’s the reason why they immediately conducted hot pursuit operation against the rebels who left the province. 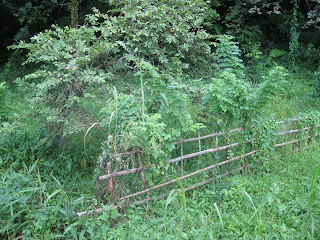 Decapia lauded the barangay officials, local government units, non-government organizations, and the civilians who supported them in their campaign in maintaining the province’s status as insurgency free.
“I always explained that the basis of insurgency free in a province is the full support of the masses against the CPP/NPA,” Decapia said, adding that he is expecting another story from the rebels that they win in their objective but the people know what is the reality.
“The outright rejection of the barangay residents in the presence of CPP/NPA in their community is a basis to state that the province is insurgency free. The soldier will not stop in pursuing the leftist would like to hinder development of the province particularly in maintaining peaceful lives,” Decapia ended. (Jason de Asis)
Posted by Unknown at Thursday, September 01, 2011 7 comments: