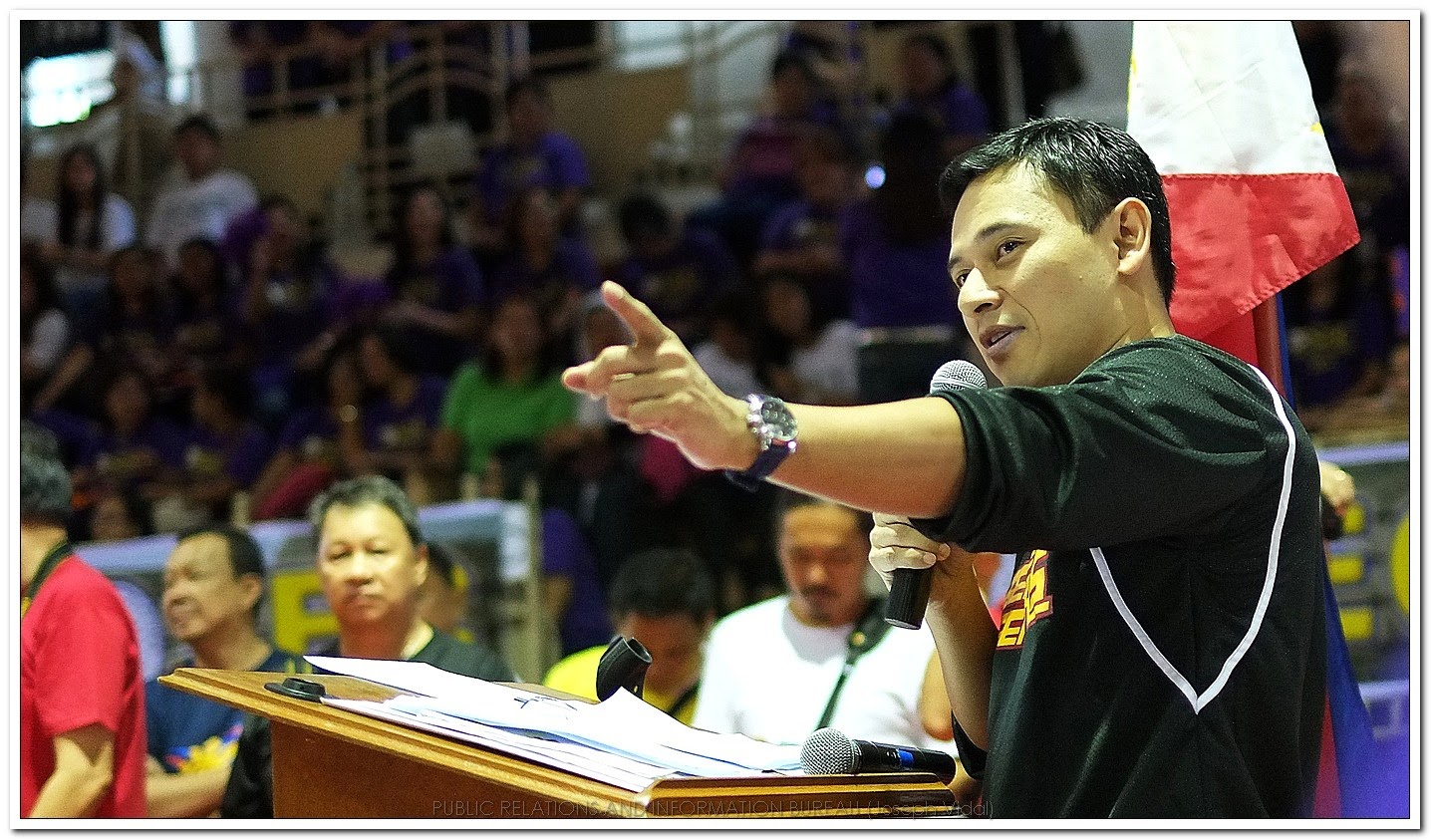 The Candidate Soldiers (CS) were the applicants who passed and qualified for the requirements and tests needed to enter the Philippine Army. The requisites include legal documents like NSO birth certificates; barangay, police, mayor’s, regional trial court, and NBI clearances and certification of legal beneficiaries, among many others. Entrance examinations include physical exams; the Philippine Army Aptitude Test Battery (PAATB); and the Physical Fitness Test (PFT) care of the Division Special Services Office (DSSO). There were 284 all-male CS who partook in the event.

Part 1 of the rites was initiated by the mass singing of the “Lupang Hinirang” as performed by the 7ID Band; it was followed by an invocation lead by Cpt Ferdinand H Abuyuan, the Division Chaplain. Maj Earl C Pardillo, the Executive Officer (Ex-O), DTS, 7ID, PA, headed the Presentation of Candidate Soldiers. The Declaration of Opening was then delivered by Lt Col Dennis R Pacis, Commandant, DTS, 7ID, PA. The highlight of the first length of the ceremony, was the Oath Taking of the CS which was headed by Col Wilfredo M Villahermosa, the Assistant Chief of Staff for Civil-Military Operations, G7, 7ID, PA. A message of challenge and motivation was delivered by Col Baudin, entailing the benefits and hardships a soldier must face.

“Today marks a very important part of your life, and that is being accepted as a candidate soldier. Hindi pa kayo sundalo na kumpleto, pero sa susunod na anim na buwan you will be trained to be one. Gentlemen this is not an easy task. I can say that from 32 years ago, I can find myself in the same situation as you are, when I entered the Philippine Military Academy summer of 1982. And I’m sure you are excited because after handling the basic requirements, and over thousands of applicants, you are here, 284 strong. That’s why I am congratulating you already. Hindi madali yung pinagdaanan niyo. Now the question is, sasayangin niyo ba yung pinagdaanan niyo?,” Chief of Staff, 7ID challengingly said.

To the parents and relatives of the CS, Col Baudin gave a message, “Kailangan nila ang suporta niyo. Hindi madali ang pagdadaanan nila. They will be getting their strength from you.”

“Today, we will separate the boys from the men. And we will only choose the men. We will discard the boys. Losers are those who think they are defeated. The hardships will end but the glory will not,” Col Baudin ended.

Part I of the ceremony was wrapped up with the mass singing of “Pilipinas Kong Mahal” accompanied by the 7ID Band.

After the first part of the ceremony was the so-called “Reception Rites” care of the DTS. It is the Army’s tradition of ‘receiving’ the qualified applicants into the military profession. The 284 CS were divided into 8 groups at 8 stations, requiring 10 minutes per station. The stations included crawling, rolling-like-a-barrel, jogging in place, one man carry and jumping jacks, among others. A total of 80 minutes was allotted for the said rites.
Posted by Unknown at Tuesday, June 17, 2014 No comments: