JINGGOY TRUSTS THAT THE OMBUDSMAN WILL BE FAIR 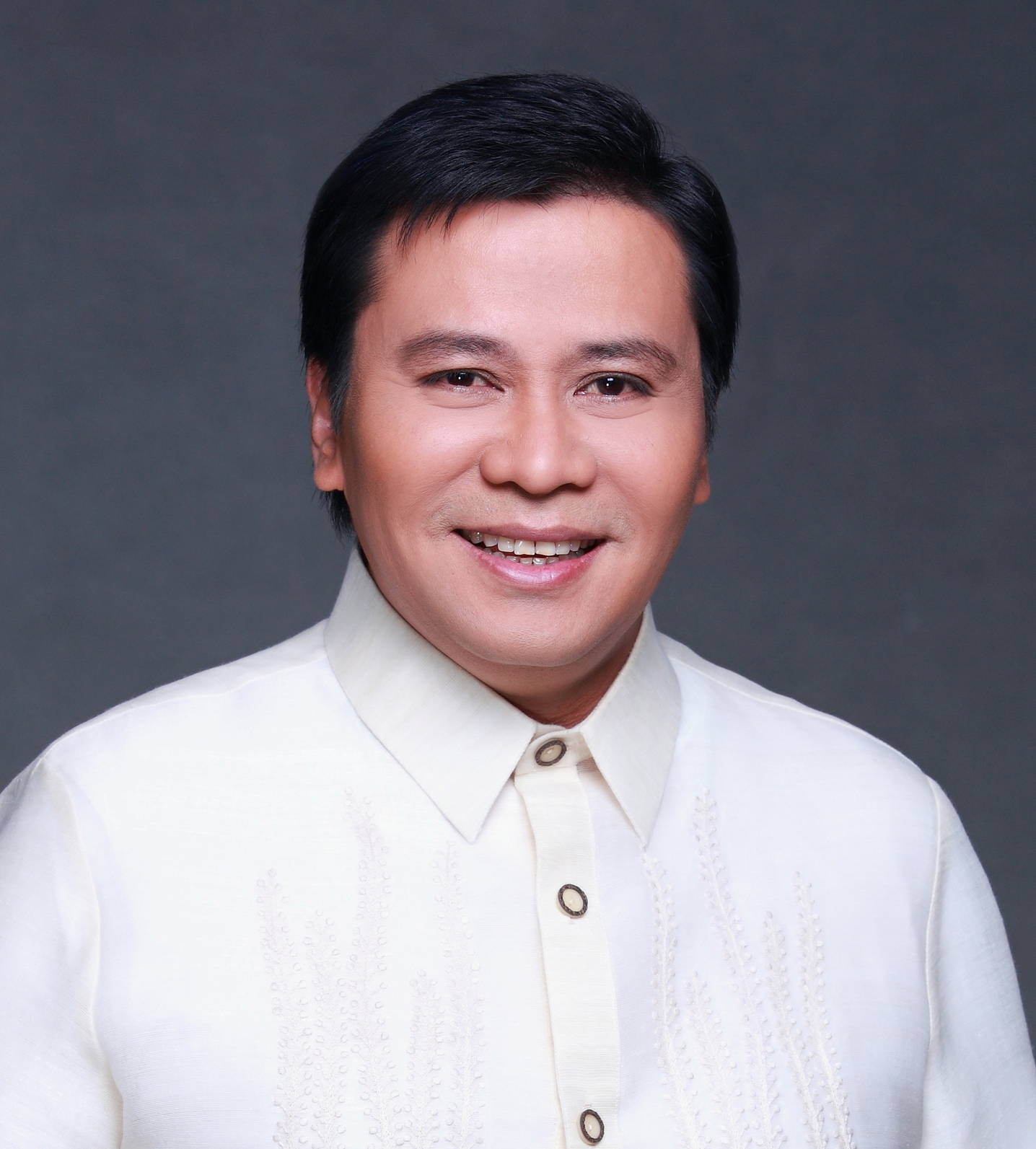 MANILA-Senator Jinggoy Ejercito Estrada trusts that Ombudsman Conchita Carpio-Morales will be fair to him and to his other colleagues in the Senate in relation to the ongoing investigation on their alleged involvement in the so-called pork barrel scam.
Sen. Estrada hopes that the sitting Ombudsman will stay true to her widely-referenced statement in relation to her appearance before the impeachment court where she said she “is impervious to influence.”
“I wish that the Ombudsman will not give in to the tremendous pressure and unfair publicity generated by this controversy with extreme prejudice against me and my two colleagues. I also hope that she will not be rushed into making decisions and that she observes the proper legal processes, including the rights of the respondents during preliminary investigation,” Jinggoy said.
“We were continuously crucified and demonized in various forums, mass media, cyberspace, including the Senate Blue Ribbon Committee. I sincerely hope that the Ombudsman will do better,” he stated.
Jinggoy also expressed confidence in the counter-affidavit that he submitted before the Ombudsman, as it already adequately answered the charges levelled against him by his accusers.
“I hope that the Ombudsman reads my formal written response to the allegations and finds that truly there is no plunder case or any case to speak of,” Jinggoy asserted.
Nevertheless, Sen. Estrada said he is ready for any eventuality, including the unfortunate event that an information be filed before the Sandiganbayan. “I am ready to defend myself. My lawyers are aware of this possibility and they know what to do,” Jinggoy said.
Posted by Unknown at Sunday, March 23, 2014 No comments:

Drilon: Bangsamoro signing crucial for peace not only in Philippines, but in entire ASEAN

MANILA-Senate President Franklin Drilon today hailed the forthcoming signing of the comprehensive agreement on the Bangsamoro as a “remarkable triumph of the Filipino towards unity and progress,” while saying the government will ensure that the historic accord can effectively realize the promise of long-sought peace and development for Mindanao. The Senate leader expressed elation over the scheduled signing of the comprehensive agreement on the Bangsamoro made between the Philippine government and the Moro Islamic Liberation Front (MILF) on March 27, ending nearly four decades of intense insurgency by one of the country’s biggest secessionist movements. “The signing of the Bangsamoro agreement is not only for our country, it is also a testament to our Asian neighbors and to the whole world that though shaped by our diversity, we are much more defined by our common dreams of  peace, equality and prosperity as a nation,” Drilon said.“This is a moment of immense pride, relief and joy throughout the entire Philippines, where we have arrived at a new era of understanding, security and opportunities now available for every Filipino – be they Muslim, Christian or members of our indigenous groups,” he added. Drilon said that the country can now better devote its efforts towards social, economic and political development, amid growing aspirations for regional strength and inter-state solidarity throughout the entire Southeast Asian region.“The success we have made are not limited within our nation, as the Bangsamoro plays an ever- crucial role in ASEAN regional security. The Bangsamoro shall be a beacon of cooperation and tolerance among the major Muslim constituencies in Southeast Asia, where it will be an example of what can be achieved when we shun extremism and violence in its every form,” he explained.   Drilon said that for the peace to last, the government must “build upon this spirit of reconciliation with policies that will ensure good governance, social equity and the thorough rule of law which the people of Mindanao have long sought for.”    He then said that Congress “looks forward to scrutinizing the proposed Bangsamoro law that will institute the necessary reforms called for in the Agreement,” and that the law will be given utmost priority in the Upper Chamber.“The Senate is more than ready to work on the new Bangsamoro basic law – one that would be universally fair, practical and Constitutionally-consistent. The public can expect our commitment to the Bangsamoro not only for the sake of national progress, but also for the welfare and future of the entire Southeast Asian region," Drilon concluded.
Posted by Unknown at Sunday, March 23, 2014 No comments:

FORT RAMON MAGSAYSAY, Nueva Ecija – The leadership of the Army’s 7th Infantry Division housed inside this military reservation is proposing that the camp be covered by the development plans of the Bases Conversion Development Authority which is crafting a master plan for military camps in the country.
Brig. Gen. Vic Castro, acting 7th ID commanding general, said that the reservation, originally spanning 73,000 hectares but is now down to only 45,837 hectares, is not covered by the master plan of the BCDA.
“I hope that this camp be included in the base development plan of the BCDA so that its development can be fast-tracked,” Castro said.
He said if that is the case, the military reservation – located 20 kilometers apart from Cabanatuan City and the provincial capital Palayan City - can become a hub for economic activities given its vast potentials.
Castro made the proposal even as the BCDA has earmarked P120 million for a master plan for the partial development of Camp Aguinaldo and other military camps.
BCDA president and chief executive officer Arnel Paciano Casanova said they are talking with the Department of National Defense and the Armed Forces in securing the survey and title for the lands as well as preparing the master plan where it needs to invest in infrastructure in the long-term and the various camps into revenue-generating projects that would provide funding for the modernization of the military.
The BCDA is mandated to transform former military bases into alternative productive civilian use.
Among those being considered for sale, lease or upgrading by the BCDA are the 33,220-hectare Camp Peralta in Capiz, the 1,925-hectare Camp O’Donnel in Tarlac and the 42,000-hectare Camp Kibaritan in Bukidnon, all owned by the AFP.
The goal is to help modernize these camps, which have idle or unused areas that could be tapped fro either redevelopment for mixed-use purposes or to create livelihood in the countryside, particularly for camps located in the provinces.
Castro said the reservation, which houses the general headquarters of the 7th ID covering 13 provinces in Luzon, was visited recently by DND Undersecretary Fernando Manalo to look into possible economic opportunities inside the camp.
“We are open to future projects here at Fort Magsaysay,” he said, adding that initially, projects on tap include the setting up of a 3,000-hectare bamboo plantation and plantation for jathropa.
Castro  said one of the key components of the development of the camp is its conversion into a premier tourism destination. He said the provincial government of Nueva Ecija led by Gov. Aurelio Umali and its provincial tourism office has pledged to help in its promotion as a tourist spot in the province.
During the term of then-commanding general and now Northern Luzon Command (Nolcom) commanding general, Lt. Gen. Gregorio Pio Catapang, he proposed various activities to enhance tourism inside the camp among them wall climbing, trekking, hiking, mountain biking, camping, motocross riding, 4x4 offroad-driving, horseback-riding and water sports activities such scuba diving, wind surfing, jet skiing, beach volleyball and parasailing in the camp’s coastal areas in Dingalan, Aurora.
Among the reservation’s tourist attractions are the historic Aquino-Diokno shrine, the Heroes Memorial, the Pahingahan complex, the golf course, the Kaugnay clubhouse, the Mount Taclang Damulag and the camp airfield.


The shrine was where President Aquino’s late father, former senator Benigno “Ninoy6” Aquino and ex-senator Jose Diokno were placed under solitary confinement from March 12 to April 11,1973 after nearly six months of detention in Fort Bonifacio. – Manny Galvez
Posted by Unknown at Sunday, March 23, 2014 No comments:

FM continues to shrink, is now down to half of original size

FORT RAMON MAGSAYSAY, Nueva Ecija – This military reservation, home of the Army’s 7th Infantry Division, continues to shrink in size and is now down to almost one-half of its original size owing to the issuance of various presidential proclamations and the intrusion of thousands of informal settlers.
Brig. Gen. Vic Castro, acting 7th ID commanding general, told a press briefing that the reservation is now down to 45,837 hectares from a high of 73,000 when it was first established pursuant to Presidential Decree 237 on December 19,1955.
Castro said they are now looking into various ways and means to somehow recover and retain its land area amid the different proclamations, claims and other issues confronting the military reservation.
“We are now looking into the different proclamations, directives and reviewing them. Of course there are areas we can no longer recover. And we refer other claims to the Office of the SolGen (Solicitor General),” he said.
He said their goal at present is to be able to undertake maximum utilization of the areas spanning the reservation amid the various claims and counter-claims.
Captain Robert Reyes, division adjutant, said some other areas have already been segregated as settlement for victims of the eruptions involving 3,100 hectares in a sitio in the .
“These 3,100 hectares are now the subject of a review and we need further study,” he said.
Reyes said that the situation is worsened by the proliferation of informal settlers. He said they are proposing for two relocation sites to house the informal settlers who have grown to 15,000 individuals.
The presence of these informal settlers have been setting back efforts to fully develop the reservation.
Castro said that they are planning to turn portions of the reservation into a vast area for agriculture production, including 3,000 hectares for bamboo plantation.
A proposed land use plan also intends to set up a logistics center, an economic and industrial zone, eco-tourism area, reforestation area, a plantation area for fruit-bearing and non-fruit bearing trees, a livestock and vegetable area and 240 hectares for the proposed transfer of the National Bilibid Prisons (NBP) in Muntinlupa to this camp.
Also being eyed is the construction of a hangar/warehouse for stockpiling of relief goods and other rescue support.
The proposed site for the NBP is in Barangay Nazareth, Gen. Tinio town.
On April 10,2013, then-commanding general and now Northern (Nolcom) commanding general, Lt. Gen. Gregorio Pio Catapang and Bureau of Corrections director Franklin Bucayu surveyed three possible sites for the NBP, two in Nazareth and one in Canantong, Laur.
“These are just proposals at this point but we intend to pursue them if we can,” Castro said. – Manny Galvez
Posted by Unknown at Sunday, March 23, 2014 No comments: