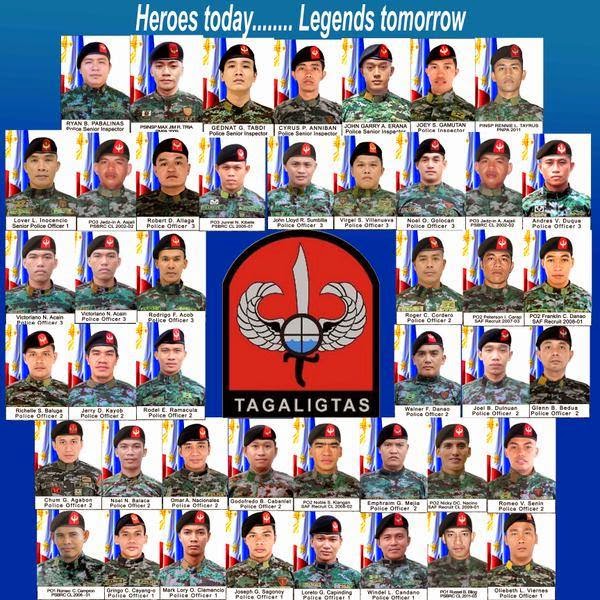 BALER, Aurora-As Police Regional Office 3 under the leadership of Police Chief Superintendent Ronald V. Santos, Officer-in-Charge PRO3 continues to join the entire Philippine National Police (PNP) in its mourning for the untimely demise of forty four  (44) elite members of the Special Action Force (SAF) in a major operation  in Mamasapano, Maguindanao last Sunday, January 25, 2015, a “Heroes Welcome” will be given to the three fallen SAF troopers who hailed from Aurora, Bataan and Bulacan.

Funeral Honors, Vigil guards and other interment services will be given to PO2 Nicky De Castro Nacino Jr from Aurora, PO3 John Lloyd Rebamonte Sumbilla from Bataan, PO2 Junrel Narvas Kibete from Bulacan as soon as slain policemen arrive in their respective hometowns.

Relatedly, the national colors is still hoist at half-mast and all uniformed and non-uniformed personnel of PRO3 continues to  wear black armbands, ribbons and black bandage as an expression of great respect for the bravery and heroism of the fallen SAF members. 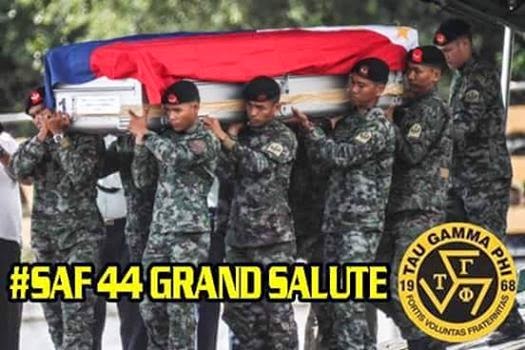 It could be remembered that Sangguniang Bayan (SB) member Tristan Pimentel of San Luis, Aurora denounced the deadly encounter in Mamasapano, Maguindanao recommending that there is a need to give justice to the victims.

He also extended his deepest condolences to the families of the slain police officers particular his brother in the Tau Gamma Phi International Grand Fraternity.

“Our brothers did not deserve such tragic death and a thorough investigation is needed to serve justice,” Pimentel said; adding that questions need to be answered.

On Monday, Pimentel will file a resolution for Necrological service of Nacino to give honor and hero’s burial for the fallen SAF commando, who is a native of San Luis, Aurora.

“It would be the highest honor we can bestow on them for his martyrdom,” Pimentel ended. (Jason de Asis with Report from PRO3 PIO)
Posted by Unknown at Friday, January 30, 2015 No comments:

“That document does not inoculate anyone who had committed a grievous wrong from prosecution. You cannot claim immunity in the name of the peace process,” Recto said.

Recto said members of the government peace panel should convey the same demand to their counterparts in the rebel side.

He reminded them “that the bodies of the 44 SAF men should not be swept under the carpet being rolled out for the eventual Bangsamoro entity.”

“By all means let us proceed with the peace process but first you must stop coddling your men so we can also proceed with the important job of giving justice to those who have been killed,” Recto said.

“This is a reasonable demand not meant to inflame passions but precisely to calm the fired up emotions of the people,” Recto said.

He was referring to Malaysian bomb-maker and top Jemaah Islamiyah terrorist Zulkifli bin Hir, known as Marwan, and his local cohort, Basit Usman, who were the targets of the waylaid Special Action Forces team.

"Any group in talks for permanent peace with the government should not be giving sanctuary to terrorists," Recto said.

"It should not allow zones it control to be used as rest and recreation areas for wanted fugitives who by their skills and bloody curriculum vitaes present a clear and present danger to the nation," Recto said.