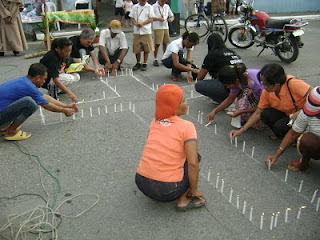 BALER, Aurora, March 4, 2011-The militant organization here composed of the Multi-Sectoral Action Group (M-SAG), Justice Peace and Action Group (JPAG), Pamana and church leaders yesterday remembered in a simple ceremony along burgos street the reportedly missing for five (5) years who was known as a hard hitting radio commentator airing on DZJO FM.
Joey Estriber, 37 was known as an active Bataris member, a church-based non-government organization here who was tagged by the soldiers as supporter of rebels in the province and said that this was the reason for his abduction. He was a radio host of “Pag-usapan Natin” (Let’s Talk About It) and abducted by unidentified four men dragged to a maroon Besta van with tinted windows and no plate number.
Estriber’s kin together with the militant groups sought for justice of Estriber. (Arnel Turzar, DZJO FM, CMN-Baler, Aurora) 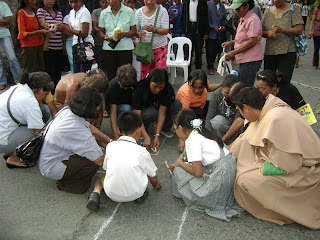 Environmental and human rights activists appealed to the government to find Estriber and sought to give them a concrete steps in making Gloria Arroyo accountable for the over a thousand deaths and some 200 enforced disappearances of activists, human rights defenders during her presidency. (Arnel Turzar, DZJO FM, CMN-Baler, Aurora) 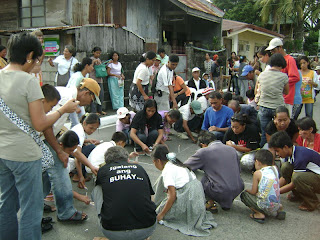