100 hectare forest land to be developed as Aurora tourism zone 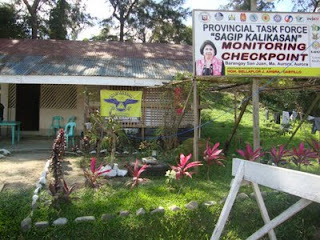 MARIA AURORA, Aurora, July 31, 2011-Michael Palispis, chief of the provincial tourism office (PTO) revealed that a 100-hectare forested area spanning sitio Canili, Barangay San Juan in this town is being eyed as a premier sports adventure and eco-tourism zone by the provincial government which plans to put up tourism facilities, including a 700-meter zipline.
“The zipline project, which has been identified as a priority project by Gov. Bellaflor Angara-Castillo, is integrated in the proposed Aurora Forest Recreation and Rest Area, Park Development (AFRRAPD), a provincial tourism blueprint which his office is submitting to the Department of Tourism for inclusion in the National Tourism Master Plan,” Palispis said, including the construction of a hotel, conference hall and recreational facilities for water sports activities such as wakeboarding, jet skiing, kayaking, rappelling, and mountain trail. 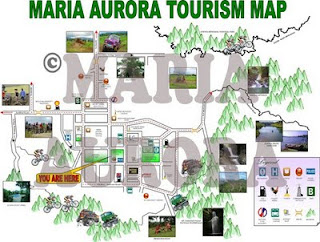 Palispis said that cables for the installation of the zipline are already available, stretching from the Aniao islet - a known dive site - to the site of the weather forecasting system of the Philippine Atmospheric Geophysical Astronomical Services Administration.
“The zipline is similar to the one in Davao which - at 700 meters - is the longest existing zipline ahead of similar facilities in Cagayan de Oro and Subic,” he explained.
Palispis said that the Tourism Industry and Enterprise Zone Authority led by its general manager Mark Lapid is also looking for a five-hectare area in the province which it intends to declare as a tourism enterprise zone, the tourism equivalent of a special economic zone with tax incentives for locators. 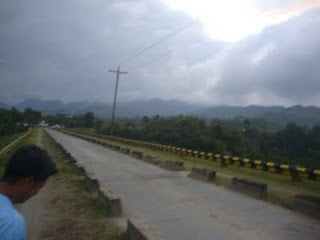 Palispis said that as a tourism enterprise zone, it will get state funding from Tieza which will construct the building, access road, water systems and related facilities, adding that the establishment of these tourist facilities is expected to further increase tourist arrivals in the province which registered a 300 percent jump over the last five years.
PTO records showed that visitor arrivals in the province reached a record-high of 68,395 in 2010 from a measly 11,534 in 2006. The province lured 10,778 tourists in 2007; 27,935 in 2008 and 52,316 in 2009.
In recognition of the feat, Palispis was adjudged provincial tourism officer for 2010 by the Department of Tourism (DOT). 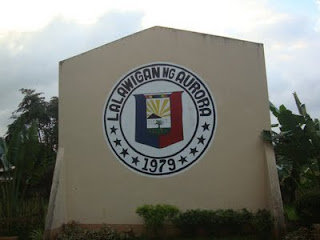 Palispis also revealed that the number of visitor arrivals recorded in the province was even a conservative estimate since this did not include those who checked in “home-stay” facilities. Palispis said that two of the major hotel facilities in this capital town are always fully booked because of the on-rush of in-bound visitors.
“Since 2011 to 2016 that have been declared as the country’s “Homecoming Years for Pinoys,” the provincial government has also launched its own “Balik-Aurora” campaign where balikbayan tourists are fetched at the airport and brought to various destinations in the province,” he added.
Prior to this, to boost tourism by attracting balikbayans to reunite with their families in the country anytime of the year, President Aquino issued Proclamation 181. (Jason de Asis)
Posted by Unknown at Saturday, July 30, 2011