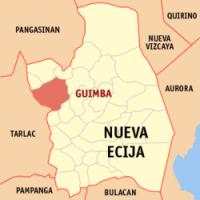 GUIMBA, Nueva Ecija, July 27, 2011-Police Supt. Edgar Alan Okubo, Operatives of the provincial public safety company (PPSC) chief of the Nueva Ecija police revealed that they successfully rescued a teenager from her abductor who was arrested in this town Monday.
“The rescued minor was Donita Anne Baylon, 15 years old, high school student of Purok 1, Barangay Malapit, San Isidro town,” Okubo said.
The PPSC team conducted operation led by SPO2 Jaime Magno Jr. at around 1 in the morning, Monday at Purok 4, Barangay Kawayang Bugtong here. Baylon was rescued and her abductor was arrested who was identified as Sherwin Syegco, 25 years old, a cook, and a residence of Tinio St., Barangay San Nicolas, Gapan City. 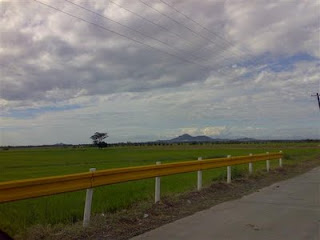 “The successful rescue of Baylon was the result of a five-day intelligence build-up. The victim went missing last July 20, apparently when she went out of the house of her guardian Rosita Arribe shortly after the latter scolded her,” Okubo said, explaining that the victim found her way in nearby Gapan City and met Syegco in a nearby store in Barangay San Nicolas where the suspect works as a cook. The suspect, who was known to Baylon and her guardian, was able to convince the girl to go with him.
Aribe, together with her brother, barangay chairman Noel sta. Ines of Malapit, San Isidro tried to locate Baylon but to no avail. Then they were told by Joan Manrique, class adviser of Baylon, that the girl was last seen with Syegco.
Sta. Ines immediately called up Syegco asking the latter if Baylon was with him, which the suspect denied.
Sta. Ines later received information that Syegco brought the girl somewhere in Kawayan Bugtong in this town. Sta. Ines then sought the assistance of the PPSC which deployed a team to scour the area.
Sta. Ines accompanied the police team to help them identify both Syegco and Baylon.
“We have already filed charges of violations of Article 343 of the Revised Penal Code for consented abduction against Syegco,” Okubo ended. (Jason de Asis)
Posted by Unknown at Tuesday, July 26, 2011