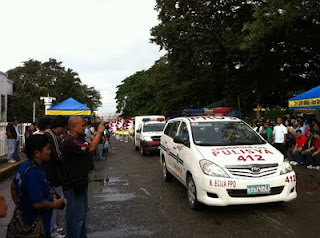 CABIAO, Nueva Ecija, September 2, 2011-Local officials have insisted that the center of celebrations for the annual “Unang Sigaw ng Nueva Ecija” (First Cry of Nueva Ecija) should be in this town and not in Palayan City.
Instead of Palayan, Mayor Gloria Crespo-Congco told newsmen that organizers should give justice to the heroism of General Mariano Llanera by considering Cabiao as the center of celebrations.
“Cabiao should really be the center of the celebrations because General Llanera was from here,” Congco said, adding that the great revolutionary leader hailed from Barangay San Roque.
Congco came out with her remarks even as local officials will observe the 115th anniversary of the revolution at the Nueva Ecija Convention Center in Palayan City today.
The event marked the day when Llanera led home-grown revolutionaries in assaulting the Spanish garrison in San Isidro and freed hundreds of Katipuneros on September 2, 1896. For its role in the revolution, the province earned its place in the Philippine flag as one of the eight rays of the sun, each ray representing the provinces that revolted against the Spaniards.
Congco said that she had nothing against holding festivities in other towns to commemorate the event for Novo Ecijanos to appreciate history but said Cabiao’s role should be given utmost importance.
The 66-year-old head of the marching band that stormed the Spanish garrison in nearby San Isidro town also said Cabiao should be given recognition as the rightful venue for anniversary rites. 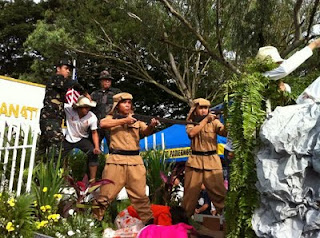 Raul Nogoy, Banda, ’96 leader said the National Historical Commission of the Philippines (NHCP) should set the record straight on the revolution. He said (then known as Factoria) can not be considered as the center of the celebrations neither because this was where the Spaniards held fort.
“Don nagkuta ang mga kaaway so bakit doon (It was there where the enemy sought refuge so why hold it there),” he said.
The holding of the celebrations in Palayan has also come under fire from historians who said Novo Ecijanos seem to have lost their sense of history.
Noted historian Jose Hipolito Jr., the municipal planning and development coordinator, said Llanera and his fellow “coup plotters” met in the house of the Romeros here where they plotted the revolt. He said the Romeros were the ancestors of Nueva Ecija Governor Aurelio Umali.
Former municipal engineer Dante dela Cruz said since he was a kid, Cabiao has been commemorating the event yearly, unlike San Isidro which started observing the event only recently. He said Cabiao always plays a significant role in revolutions, citing the Hukbalahaps (Hukbo ng Bayan laban sa Hapon), one of whose leaders, Jesus Lava, was from Barangay Sinipit.
Local historical accounts said that when the Spaniards first laid siege in Manila, remnants of the forces of Rajah Sulayman sought refuge in this town. (Jason de Asis)
Posted by Unknown at Friday, September 02, 2011

The Lava Brothers, including Dr. Jesus Lava, were all from Bulacan