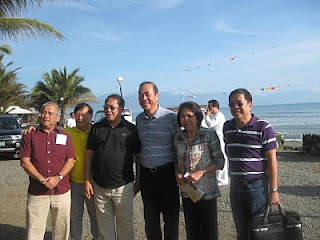 SENATE OFFICE, Manila, March 23, 2011-As the world is hit by one catastrophe after another, Senator Edgardo J. Angara urged the citizenry that there is a need to always take care of Philippines natural rich resources along the thousands of miles of coastlines framing the abundant ecosystems in the sea.
Angara said that the Philippine waters are globally recognized as centers of marine biodiversity where its location as its geographic characteristics that is, being an archipelago, ensures an abundance of aquatic life.
He explained that to maximize the potential of such a rich marine ecosystem, there is a need to study and to try to understand how it works and a great opportunity to learn about the country’s untapped wealth.
Angara urged the senate to support his  recent bill that seeks to establish the Aurora Marine Research and Development Institute (AMRDI) where Senate bill 2728 amends Republic Act 9441 to more clearly define the scope and mandate of the AMRDI. 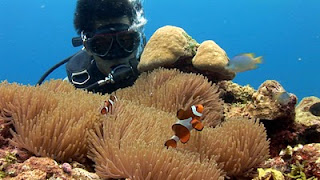 The bill stated that the AMRDI is tasked to create a database containing valuable data on the biodiversity, habitat, abundance, and overall status of the province’s marine resources where Aurora province will be instrumental in studying, documenting and ultimately, protecting the country’s aquatic wealth through AMRDI.
The University of the Philippines Marine Science institute will supervise the AMRDI, while the Aurora State College of Technology will be in charge of locally implementing the academic and technical aspects of the bill under its provisions.
Angara said that the corner stone of the country’s progress is our natural resources and there is a need to protect and conserve them. (Jason de Asis)
Posted by Unknown at Wednesday, March 23, 2011