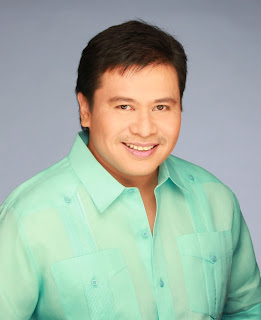 SENATE OFFICE, Manila, March 9, 2011-Senate President Pro Tempore Jinggoy Estrada said that this is the time for the Senate to look into the situation at the Civil Aviation Authority of the Philippines (CAAP) where he has observe a probe of the messy situation prevailing in the country’s aviation sector.
He said that RA 9497 needs further refinement or whether those mandated to implement it are just bungling jobs, explaining that the Congress passed it in 2008 over the country’s repeated failure to comply with the international aviation industry’s safety standards as certified by the Federal Aviation Authority of the United States and the International Civil Aviation Organization (ICAO).
Jinggoy said that the CAAP continues to fail to comply with the worldwide best practices and safety regulations in the aviation sector since 2007 and the country pegged at Category 2 only, explaining that for almost two years after the passage of RA 9497 and the creation of the CAAP the situation is still the same. “Walang nagbago,” he said.
Jinggoy reacted on the report of the proliferation of fake pilot licenses allegedly done by syndicate within the CAAP and lax implementation of the law by its officials will bring the country’s negative image in abroad and also to the perception that the country is also a haven for international terrorist groups.
The Senator was bothered for the possibility that some foreign nationals, especially from the Middle East and licensed by the CAAP as pilots would later turn out to be members of terrorist groups as what happened before  where he cited Mohamed Atta, who took flying lessons in the Philippines in 1999 and Atta was among the terrorists who took part in the September 9, 2001 attack in the United States.
Jinggoy furthered that the investigators later established that two more 9/11 terrorists, Marwan Alshehhi and Hassan Banihammad as well as a host of other international terrorists were frequent visitors in the country in the past and of those who launched the 9/11 attack, majority of them were from Saudi Arabia, adding that of the foreign nationals who got their pilot licenses last year at the CAAP under questionable circumstances.
Allegedly, there were flying schools which was suspended by CAAP for the alleged issuance of fake student pilot license and fake documents, following the package deals to pay $30,000 to $50,000 in order to have their pilot licenses, five of them were Saudi nationals. Others include three Indians, two Nepalese and one Japanese national.
Jinggoy said that there is a need to sort out the mess in the CAAP and its affairs to put into order the necessary legislative inquiry and remedial measures or else the country will continue to suffer from the past stigma affecting the credibility and standing of the Philippines, the country will remain in Category 2 status and it will hamper the bringing in tourists and investments. There are some flying schools in the country which are subjects to audit by CAAP. (Jason de Asis)
Posted by Unknown at Wednesday, March 09, 2011

That's right Senator. A thorough investigation is needed in the senate about the CAAP. More power.