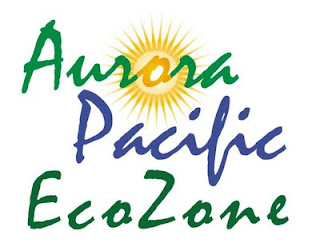 CASIGURAN, Aurora, August 1, 2011-Roberto “Robbie” K. Mathay, Aurora Pacific Economic Zone (APECO) president and chief executive officer revealed that the completion of the P437-million corporate campus and other facilities of the APECO inside this freeport zone has been delayed.
“APECO’s timetable for construction of the corporate campus and other facilities inside the freeport has not been completed,” Mathay admitted, saying that the facilities are 60 percent completed. “Yes there was some slippage,” he said when asked by newsmen.
“The administration building of the Apeco originally set for completion in April, will be completed in September. The corporate campus is being constructed by the New Kanlaon Construction, Inc. which won the bid to construct the project.
NKCI chairman and chief executive officer Antonio Evangelista said that their firm is not to blame for the delay. “The facilities being built are not part of the original design. It’s not our company’s fault that the completion of the corporate campus was delayed,” he said in an interview by phone.
“It started during ground-breaking ceremonies last January 2010, Construction of Phase 1 that involves the corporate campus, which requires development of an initial 24 hectares. It includes development of access roads, installation of underground utilities, water and electrical lines, drainage and sanitation and telephone and cable facilities,” he recalled.
NKCI president Rolly Narciso said that during the ground-breaking rites, they expect the hotel to be finished in March 2011, the telephone facilities to be installed in April 2011 and the administration building to rise in September 2011.
The corporate campus will house a two-story administration building, a three-star hotel and other amenities. The corporate campus will also have a clubhouse, a dormitory for workers, and service support buildings.
The site is located beside the newly completed airport some 30 minute drive from the town proper, some two hours from the capital town of Baler and six hours from Manila.
“While the buildings have not been completed yet, most of the road networks leading to the corporate campus are already finished. We will soon start construction of the 50-room hotel which will be completed in the first semester of next year. The hotel is supposed to be finished last March,” Mathay said.
Mathay added that Apeco deputy administrator Ramon Fernando has already discussed with representatives of Globe and Smart Communications for the setting up of a telephone system within the corporate campus where a call center is being eyed.
He said that if we have a call center inside the ecozone, we can then sell bandwidth space to the town of Casiguran.
Senator Edgardo J. Angara along with Congressman Juan Edgardo Angara, authored Republic Act 9490 creating the Aurora Special Economic Zone, said that once the economic zone becomes fully operational, the province will become a hub of development in northeastern Luzon covering Aurora, eastern Nueva Ecija, Nueva Vizcaya and Quirino.
“The newly finished P157-million airport constructed by Cavacon Corp. will serve as an international airport featuring a two-kilometer runway that can accommodate large aircrafts,” he ended. (Jason de Asis)
Posted by Unknown at Sunday, July 31, 2011

Today, if you have internet infrastructure, you create jobs for graduates of colleges and universities in Aurora, Isabela, Quirino and Cabanatuan.

They don't have to go to Metro Manila to look for work.