SCIENCE CITY OF MUNOZ, Nueva Ecija, July 28, 2011-To reduce irrigation costs by up to 44 percent and environmental hazards, a new rice hull gasifier engine-pump system was developed by the Philippine Rice Research Institute (PhilRice).
PhilRice executive said that farmers who use gasoline to run irrigation pumps in their farmlands can now heave a sigh of relief.
The facility was developed by a PhilRice team composed of Arnold S. Juliano, Joel A. Ramos, Leo B. Moliñawe, and Dr. Eulito Bautista. The team, led by Juliano, said that running the engine-pump with rice hull will only cost farmers less than a peso to generate a cubic meter of water while using gasoline-fueled pumps costs about P2 where the local mobile gasifier engine-pump system reduces irrigation costs up to 37 percent when using gasoline and 44 percent when utilizing diesel.
“A four kilogram rice hull load could run the engine for 90 minutes at a maintaining speed of 2000 rpm and discharges an average of five liters per second water from a ground water table of 2.15 meters.  Field tests also showed the gasifier can run up to 100 hours with minimal problems,” Juliano said. 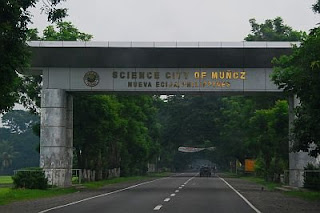 He said that during the 24th National Rice R&D Conference at the institute’s central experiment station here and during the 61st Annual National Convention of the Philippine Society of Agricultural Engineers in Zamboanga del Norte, the study on the development of a mobile ricehull gasifier engine-pump system won best paper.
PhilRice, a government owned and controlled corporation (GOCC), is in the forefront of  developing high-yielding, cost-reducing, and environment-friendly technologies as part of its mandate to ensure that farmers can produce enough rice for all Filipinos.
“The machine is designed to be compact, mobile, and affordable and reduces green house gases emissions as rice hull is converted to power the machine. The wastes produced after rice hull burning within the system can be used as soil conditioner in seedbed, mulching material, and ingredient in producing organic fertilizer,” Juliano explained, adding that the machine has been improvised to be more movable by reducing machine components to 40 percent, cutting its volume weight from 500 to 400 kilogram. More significantly, he said with less parts, the cost is reduced from P86,000 to P65,000.
He said that by continuously improvising the machine, we hope that more farmer cooperatives will invest not only to save, but to help reduce the contribution of burning rice hull in global warming.
“I advised farmers who will use the machine to clean and dry the rice hull load to produce quality gas that can run the engine with high speed and maintain good water pumping performance. After an 80-hour operation, oil should also be changed,” Juliano ended. (Jason de Asis)
Posted by Unknown at Wednesday, July 27, 2011