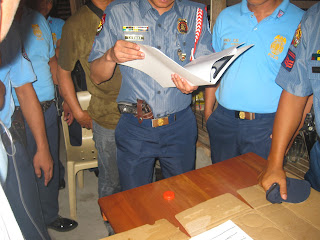 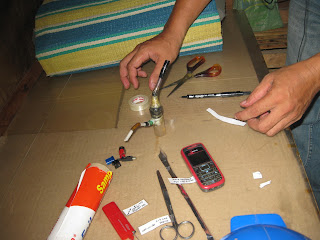 The team seized one (1) heat sealed transparent sachet containing Methamphetamine Hydrochloride otherwise known as “SHABU” weighing 1.20 grams, all in all 15 drug paraphernalia in the possession of suspect Sotero.
The suspects were brought to Baler PNP station and later on to Aurora PNP Crime Laboratory for drug test.
Togonon said that the arrest against the culprits was carried out after several days of intelligence build-up.
“This morning charges will be filed against the suspects in violation of republic act 9165 commonly known as the comprehensive dangerous act of 2002 at the provincial prosecutor’s office before inquest at the provincial jail,” Togonon said. (Jason de Asis)
Posted by Unknown at Wednesday, September 21, 2011

not even a month as chief of police and you have done well. I salute you, sir PCI Togonon. GOOD JOB!!!