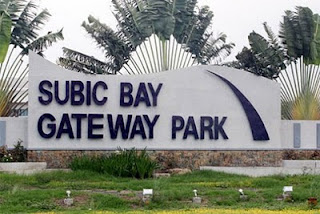 SAN FERNANDO CITY, Pampanga, March 28, 2011-The Philippine Drug Enforcement Agency (PDEA) in Central Luzon renewed its call to the public versus drug syndicates, particularly those belonging to the Western African drug syndicates where they recorded that out of 689 Filipinos arrested in other countries for drug trafficking, 79 of them are sentenced with death penalty according to Ronald Allan Ricardo, regional director of PDEA operating here in region 3.
Ricardo said that six of these were no reprieve to include Sally Villanueva, Ramon Credo, and Elizabeth Batain. They have to face death for having been victims of drug syndicates who recruited them as drug couriers wherein they are scheduled for execution on March 30.
“There are still a number of Filipino overseas who were used as drug couriers who are also facing the fate of Villanueva, Credo and Batain, saying that some of them are also facing death row. 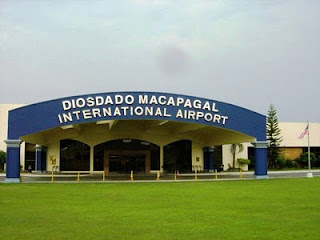 However, Ricardo cleared that the government provided the three OFWs all possible consular and legal assistance and has exhausted all possible representations to appeal their cases, saying that the Philippines was not singled out in the cases of Villanueva, Credo and Batain, revealing that there were also other foreign nationals in the past who suffered execution in China for drug trafficking.
He cited Akmal Shaikh of Britain who was executed by lethal injection on December 29, 2009 despite Britain’s top officials doing everything within its power to secure fair trial and clemency for him where Shaikh was found guilty of drug smuggling in 2007 while four Japanese nationals were convicted of drug trafficking (Mitsunobu Akno, Teruo Takeda, Hironori Ukal and Katsuo Mori).
“They were executed in China even if Japanese Foreign Minister Katsuya Okada expressed concern over possible backlash from Japan in his reported meeting with Chinese Ambassador Cheng Yonghua last April 2010, adding that the Japanese government just appealed to the Japanese people to understand that execution is legal punishment for drug smuggling in China and there was not much that Japan could do to interfere in this,” he furthered.
He said that the Philippine government will continue to monitor and review their cases for the purpose of protecting their legal rights and ensuring that they receive humane treatment as for the other Filipinos arrested or convicted in China or in other countries of drug-related and other crimes.
“I am appealing to the citizenry not to support illegal drugs syndicates and informed the PDEA in case that they have monitored the activities of the group for proper action,” he ended.


Earlier, PDEA in the region deployed some of its agents at the Diosdado Macapagal International Airport (DMIA) in Clark Freeport Zone to conduct surveillance to its campaign on anti-drug courier program and to ensure that no drug courrier or drug mule will enter or exit the country. (Jason de Asis)
Posted by Unknown at Sunday, March 27, 2011