350,000 deaths yearly and expected to rise due to climate change 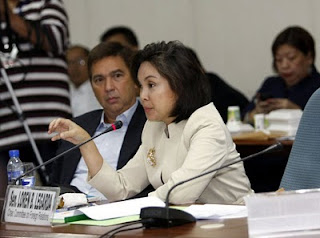 SENATE OFFICE, Manila, April 4, 2011-It was estimated that 350,000 people died yearly due to climate change due to various illnesses in the country, Senator Loren Legarda, Chair of the Senate Committee on Climate Change urged the Department of Health (DOH) to improve its public health services and ensure early prevention and control of diseases.
“There is a need for the DOH to strengthen their initiatives on disease and health surveillance and enhance its awareness campaigns on climate-sensitive diseases not limited to dengue but including pulmonary infections, malaria, cholera, heatstroke, and skin infections,” Legarda said.
The Senator said that climate vulnerability monitor 2010 study showed that not disasters but diseases cause the most number of deaths by climate change, noting that from January to February of 2011 there had been at least 13,821 patients afflicted with dengue already admitted in hospitals across the country.
“According to the DOH, there were 3,640 dengue cases, a 106-percent increase from the figures recorded last year in Metro Manila alone,” she said, adding that the rise in dengue cases is alarming because the country is one of the most vulnerable to vector-borne diseases.
The Development Assistance Research Associates (DARA) which is an international organization monitors aid to victims of conflict, disasters and climate change reported that the Philippines climate and location naturally assist in the proliferation of dengue where higher temperatures and more humid climates caused by climate change favor the growth in the populations of insects and vectors that spread diseases.
Despite serious projected impacts over a range of health concerns, Legarda furthered that the study revealed that there are large gaps in adaptation policies, including health, making up just 3% of priority adaptation projects, reiterating that an estimated 350,000 people die each year due to major diseases and health disorders related to climate change.
“Unless measures are taken, by 2030, climate change will increase its toll to more than 800,000 deaths yearly,” Legarda explained, stressing that there is a need to prioritize prevention and control of climate-related diseases, and enhance the DOH’s capacity for early warning for any outbreak. (Jason de Asis)
Posted by Unknown at Sunday, April 03, 2011