Deputy ombudsman Gonzales should be ousted from office-Kiko 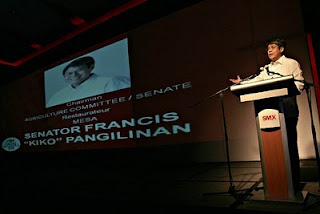 SENATE OFFICE, Manila, April 4, 2011-In relation to the hostage-taking at Quirino Grandstand on August 23, 2010, Senator Francis “Kiko” Pangilinan, a lawyer and formerly a chairman of the Senate Justice Committee yesterday urged for the enforcement of Deputy Ombudsman Emilio Gonzalez III’s removal from his post who was fired by Malacañang last March 31 in a 15 page decision released by the Office of the President declaring Gonzalez guilty of gross neglect of duty and misconduct in the performance of duty, following the Palace review of the Incident Investigation and Review Committee (IIRC).
“The inordinate and unjustified delay in resolving the case of hostage-taker, former police Chief Inspector Rolando Mendoza, whose removal from service was one of the reasons for the hostage-taking that claimed the lives of eight hostages, plus Mendoza himself. On top these, the Deputy Ombudsman has been suspected of extorting money from Mendoza at the height of the hostage-taking incident,” Pangilinan said, however, Gonzalez and his superior, Ombudsman Merceditas Gutierrez, have remained defiant, saying that the President “has no judicial or quasi-judicial jurisdiction” over Gonzalez. 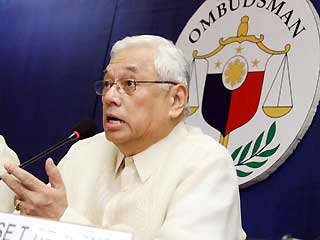 “The presumption of regularity must prevail on the issue of Deputy Ombudsman Emilio Gonzalez III. In this instance, unless constrained by the courts, the decision must be respected and the dismissal enforced,” Pangilinan pointed out, asserting that if there are no legal impediments to executing the President’s order, then Gonzalez should be removed from office. If he needs to be bodily removed from the office premises, then that should already be acted on by the appropriate police agency.
Pangilinan also made reference to the Ombudsman’s ties to the Arroyo administration, saying that unless they have forgotten that we are now under a new administration, it is time to put an end to the wanton disregard for the rule of law so characteristic of the Arroyo administration.
He furthered that there is a need to exorcise the nation from the ghosts of the past regime wherein the Constitution and the rule of law were upheld only when it served the purpose of the incumbent.
The lawmaker asserted: We should not wait for another hostage taking incident. We should follow the rule of the law. (Jason de Asis)
Posted by Unknown at Sunday, April 03, 2011

Mr Senator, the President has already said that he is entitled to file for M R. what are you saying that he be bodily removed from office by police enforcers. Have you really studied the case for you to make such judgments. Are you sure that he extorted money? Don't make false accusations, we have always looked up to you as a senator that the youth sector can embody but with this, just because of partisan politics, you failed to uphold your duty as a senator for the people. you have become a senator for Malacanang, for Pnoy. Magising ka nga! di ka na namin iboboto....

IIRC reported that deputy ombudsman Gonzalez is guilty beyond reasonable doubt. The Senator is right. An investigation was already conducted by the authority. It's PNOy administration now and not Arroyo regime. Good luck Senator in your stand.

Only God know's who is telling the truth. Both of you are one sided. Repentance is the best. In the issue of Gonzales and Pangilinan stand, there is only one God who knows everything and not protecting anybody. Who cares for the country? Who are those critics. Sad to say I don't want to spell it out. As a concerned citizen ika nga nila sa inyong mga reaksiyon "KUNG WALANG USOK WALANG APOY". It is better to be christian and not to involved in that issue.