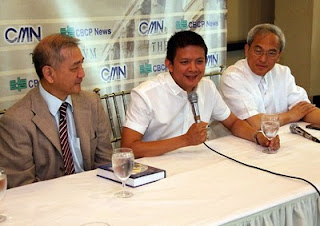 SENATE OFFICE, Manila, March 10, 2011-Senator Chiz Escudero, chairman of the Senate committee on justice and human rights, challenged the new immigration head to restore the image of the graft-ridden agency of the Bureau of Immigration (BI) as he welcomed the appointment of retired Armed Forces chief of staff Ricardo A. David.
Malacaňang announced the appointment of David to replace Ronaldo P. Ledesma three days after he ended his duty in the Armed Forces of the Philippines (AFP). Ledesma was being blamed for the fiasco involving the deportation of 14 Taiwanese nationals.
Escudero said that David appointment was a positive move in the light of the issues confronting the bureau that need immediate attention where he welcomed the new Bureau chief as he challenged David to rid the agency of corruption and improve the level of performance in the bureau to make it more efficient and reliable.
The Senator is expecting that General David will put things in order in the bureau and address the nagging issues of corruption and he wanted to see a newly reformed immigration bureau under the tight watch of the new chief.
Last week, the Senator sought for the resignation and immediate replacement of Ledesma for mishandling the deportation of 14 Taiwanese nationals to mainland China, which has jeopardized the country's economic ties with Taiwan and put at risk current employment for almost 100,000 Filipinos in Taiwan and causing lost job opportunities for thousands more. Ledesma is still facing a contempt threat from the court of appeals over the deportation of the said Taiwanese despite a standing habeas corpus order. (Jason de Asis)
Posted by Unknown at Thursday, March 10, 2011

The filipino are hoping for the good leadership of David from AFP and now as the new immigration chief.Congrats sir David.

CMN and CBCP are real partner. Chiz has almost the same in stand and point of views concerning society and others.